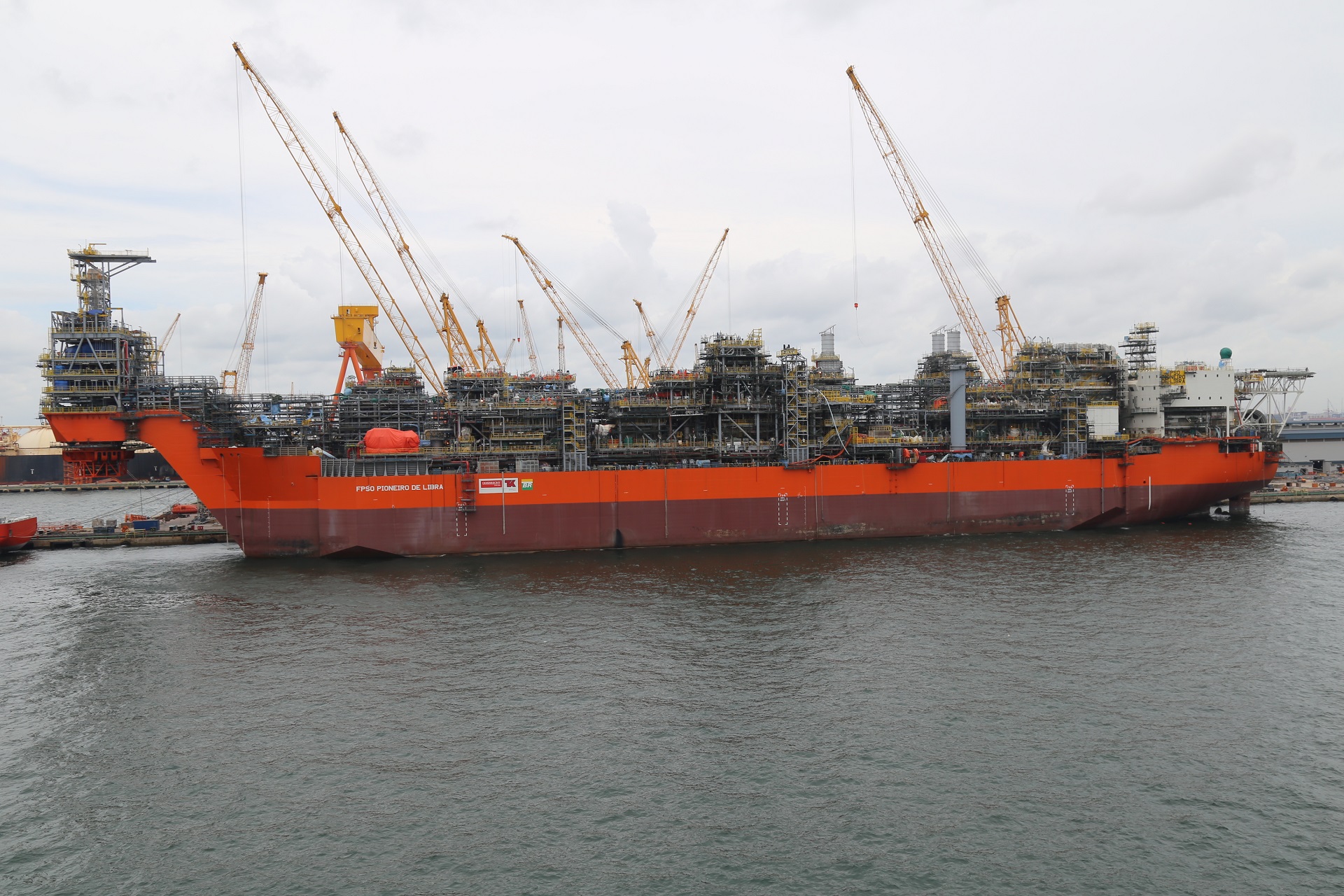 “We are very honored that our FPSO will be the first to produce oil from Brazil’s massive Libra field.”

December 2 marked the naming ceremony of FPSO Pioneiro de Libra, which is owned through a 50/50 joint venture between Odebrecht Oil & Gasand Teekay Offshore (OOGTK joint venture). The ceremony took place at the Jurong Shipyard in Singapore where the conversion of the Libra FPSO has been taken place since 2014.

The unit, which used one of Teekay Ofshore’s former shuttle tankers, the Navion Norvegia, will operate on the large Libra pre-salt field in the Santos Basin offshore Brazil with estimated reserves of 8 to 12 billion barrels and currently considered to be the largest oil field offshore Brazil. FPSO Pioneiro de Libra can operate at water depths of up to 2,400 meters, with a production capacity of 50,000 barrels of oil per day and daily compression capacity of four million cubic meters of gas.

More than four thousand people were involved in the project over the last two years, including more than 16 million man-hours of shipyard activities, without a single lost-time injury.

“The collaboration on this project has been world class and is an example of how we need to work together in our industry to successfully manage innovative projects like the FPSO Pioneiro de Libra. Our strong joint venture partnership with OOG and the way we have worked hand in hand with Jurong, Petrobras and their partners all demonstrate strong teamwork, which is one of Teekay’s core values,” said Chris Brett, President of Teekay Offshore Production.

“The work performed by Jurong, their subcontractors and the OOGTK project management team has been first class. We are very proud of both the safety standards and safety performance on this project. We are also very honored that our FPSO will be the first to produce oil from Brazil’s massive Libra field and will contribute significantly to our future cash flows,” said Kenneth Hvid, Teekay Corporation’s CEO-elect and President and Chief Executive Officer, Teekay Offshore Group Ltd.

Representatives of the joint venture, companies in the Consortium, Jurong, subcontractors and financial agents, as well as the Brazilian ambassador to Singapore, joined the event.