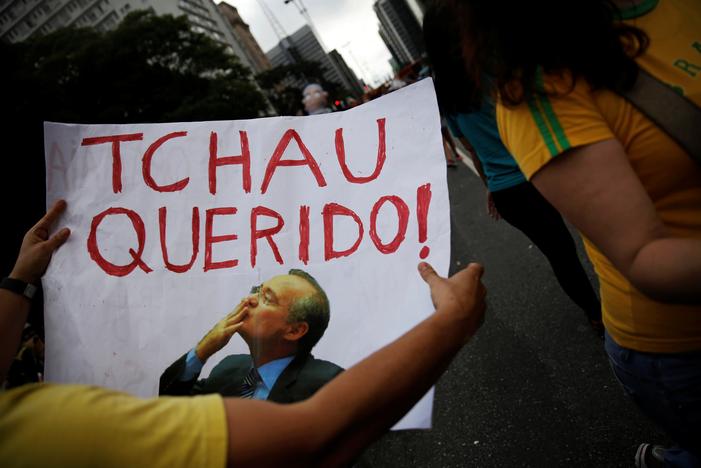 Brazil’s Supreme Court on Monday removed Senator Renan Calheiros as president of the Senate after the top court indicted him last week on charges of embezzlement, a court spokesman said, a move that could put the government’s belt-tightening agenda in peril.

His replacement on Tuesday by Senator Jorge Vianna of the leftist Workers Party, who opposes spending cuts, could block steps to control a widening budget deficit and recoup confidence in Latin America’s largest economy mired in a deep recession.