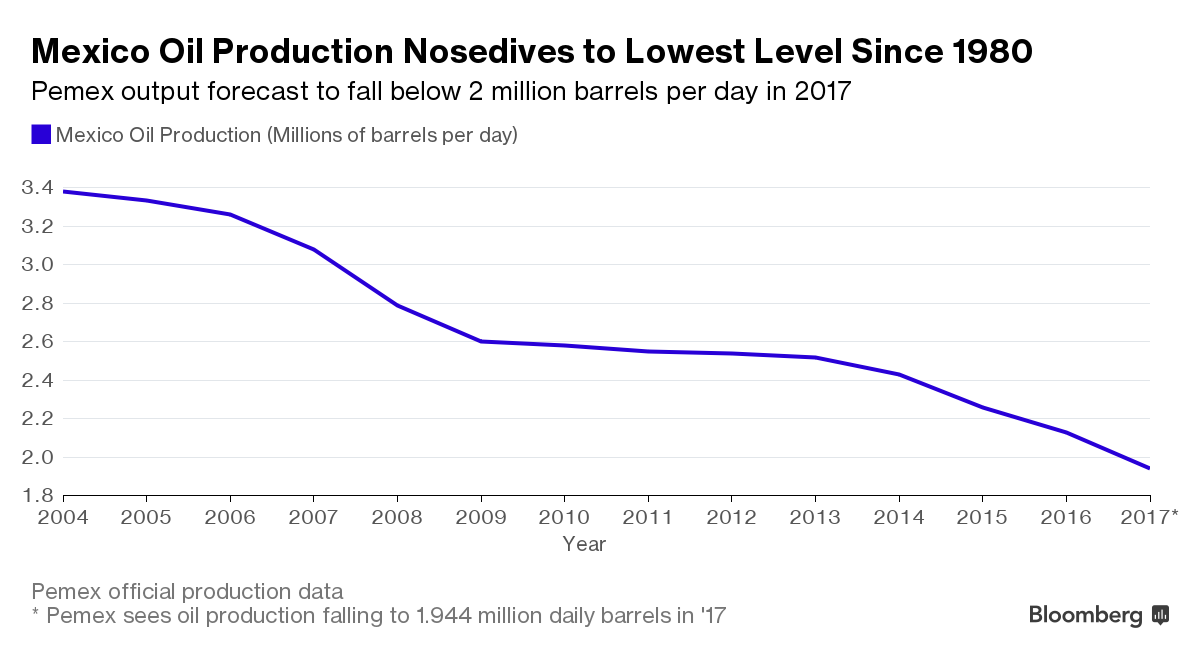 In Mexico, the era of big oil is just getting started. But for the state oil dinosaur, its best days appear to be behind it.

The reign of Petroleos Mexicanos, the government-owned oil producer known as Pemex, is slowly being dismantled after a 2013 overhaul ended its monopoly and opened up the industry to foreign rivals for the first time in more than seven decades. A Dec. 5 auction in which oil majors including Exxon Mobil Corp., Chevron Corp. and BP Plc may bid on deepwater blocks marks the most significant step yet in Mexico’s effort to reclaim its spot as a global crude-producing powerhouse.