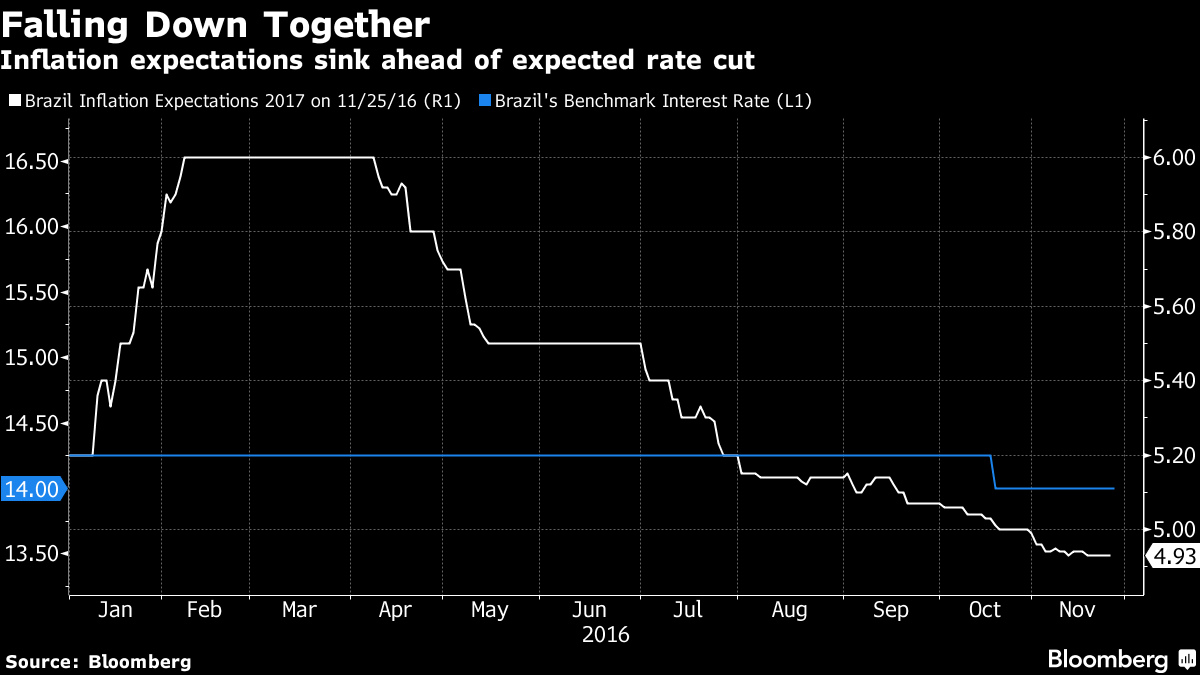 Brazil’s central bank is poised to separate itself even further from its emerging-market peers as it seeks to revive growth in Latin America’s biggest economy.

While countries including Mexico, Turkey and Russia are either raising interest rates or keeping them unchanged, Brazil probably will slash benchmark borrowing costs for the second straight month on Wednesday, according to swaps traders and economists.