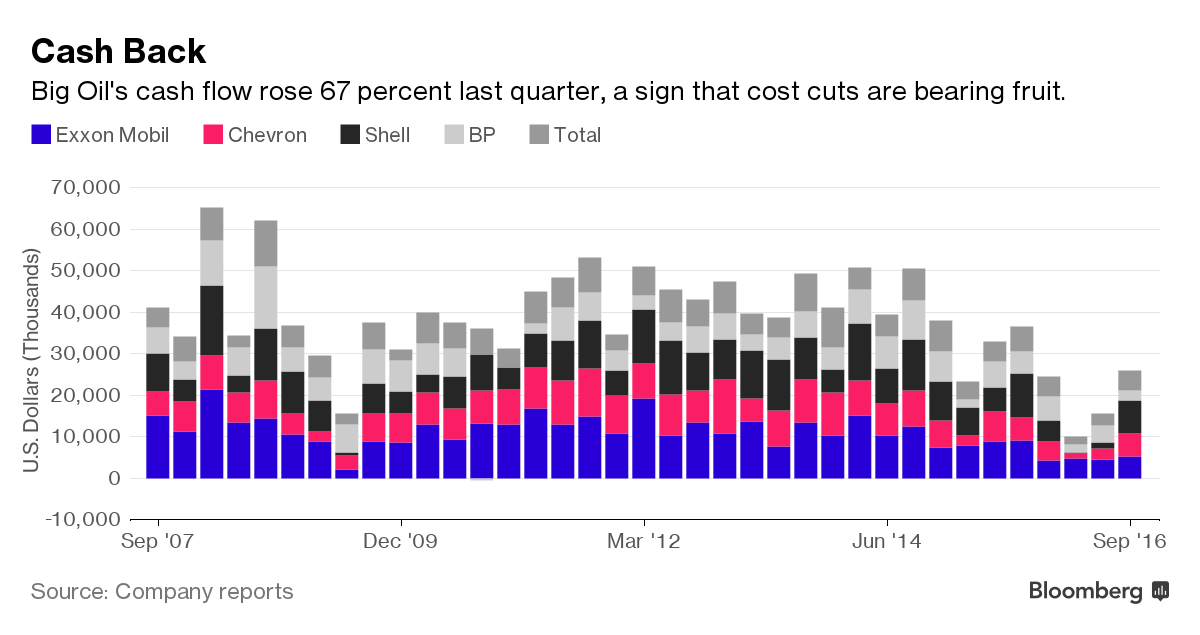 Ask any oil-company accountant, “what’s the difference between income and cash flow?” and they’re likely to say income makes the headlines, cash pays the bills.

It may be glib, but there’s a nub of truth there. Cash generation is the yardstick used to judge a company’s ability to invest and pay dividends, and it’s been growing at the biggest oil producers for three quarters in a row.