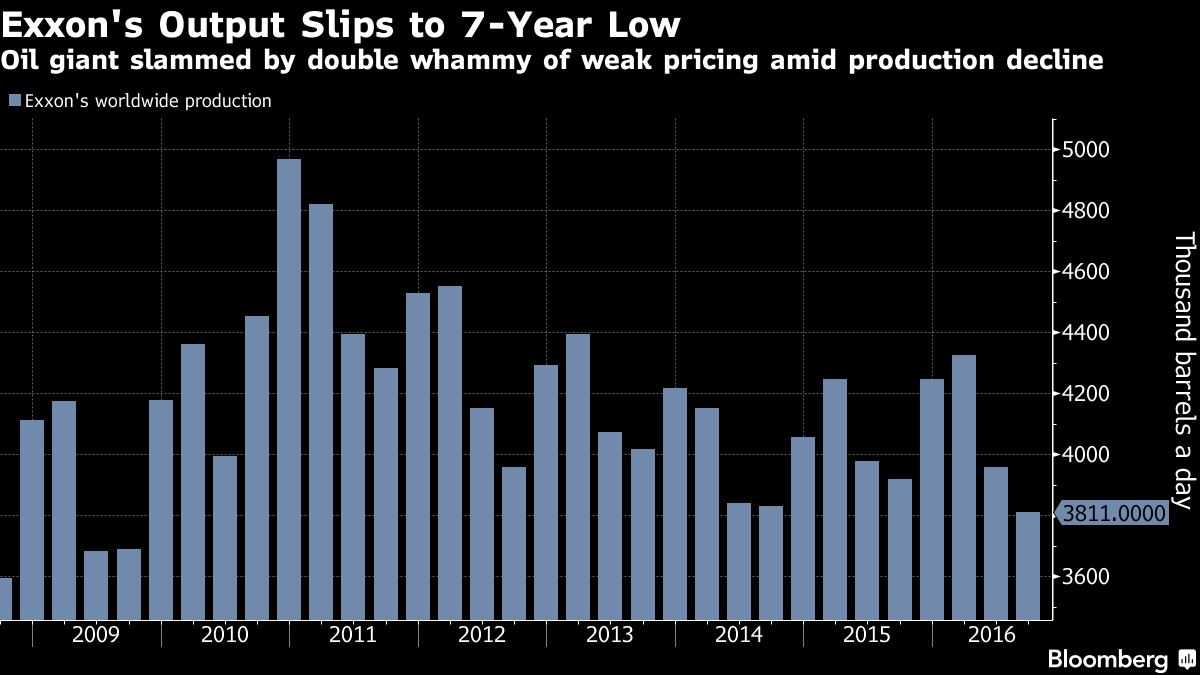 Exxon Mobil Corp. warned it may be facing the biggest reserves revision in its history as production sank to a seven-year low and profit slid amid a prolonged slump in energy markets.

About 3.6 billion barrels of reserves in the Canadian oil sands and the equivalent of another 1 billion barrels of oil in other North American fields may be in jeopardy if the average energy prices seen during the first nine months of 2016 persist, Exxon said in a statement on Friday. That would equate to 19 percent of Exxon’s reserves and would be the largest de-booking since the 1999 merger that created the company in its modern form.

Exxon’s accounting has prompted a U.S. Securities and Exchange Commission investigation into whether the company should have written down assets as a result of the oil slump, a person with knowledge of the matter said last month. The company didn’t say on Friday whether removing reserves from the books would result in asset-impairment charges that could hurt its financial results.