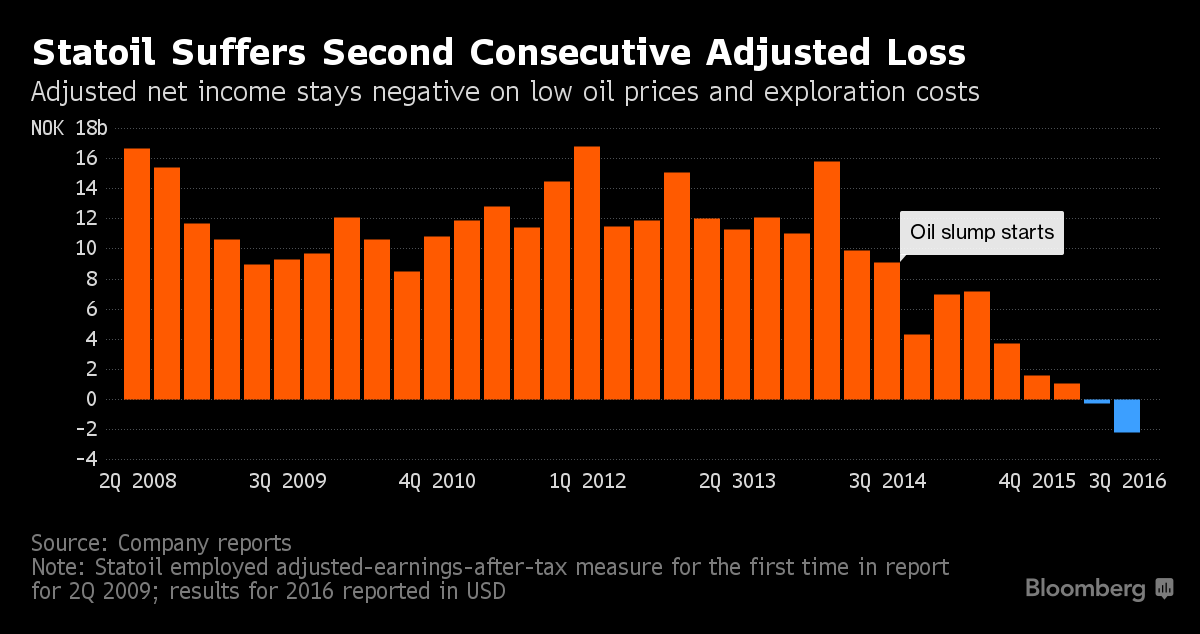 Statoil ASA, the first of the major oil producers to report third-quarter earnings, posted an unexpected loss for a second quarter in a row as maintenance and exploration expenses compounded the impact of lower crude and gas prices. The company also deepened spending cuts.

The adjusted loss, which excludes financial and other items, was $261 million, compared with a profit of $445 million a year earlier, Norway’s biggest oil company said Thursday. That missed the $136 million average profit estimate of 18 analysts surveyed by Bloomberg.