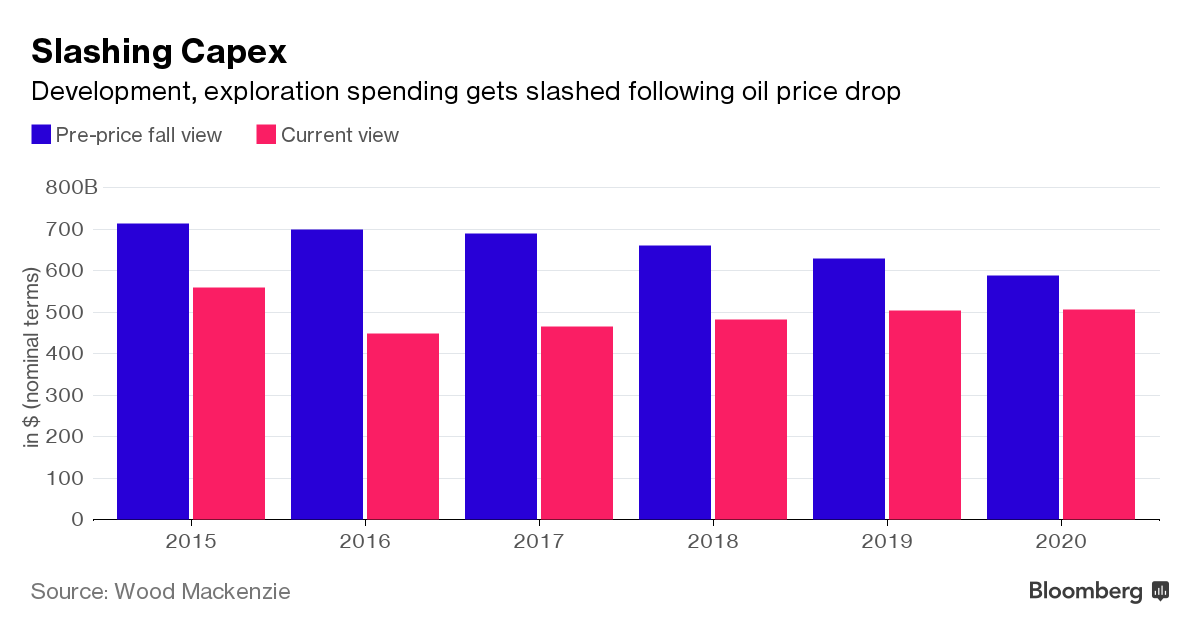 Mexico and Brazil, the region’s two biggest economies, each want a slice from a shrinking pie as international drillers limit their investments during a time of depressed oil prices. Exploration spending by major explorers in 2015 dropped by half from a year earlier to $7 billion, according to a Wood Mackenzie Ltd. report in September that also predicted industry spending would continue to be curtailed through the end of the decade.

To compete, Brazil this month scrapped a rule calling for its state-controlled driller to be the operator in all of its fields, controlling at least a 30 percent stake. The following week, Mexico said it would let operators bid individually in the first deep-water joint venture with state-controlled Petroleos Mexicanos, rather than in groups of two or more. In both cases, the initial rules were seen as limiting options for potential bidders.