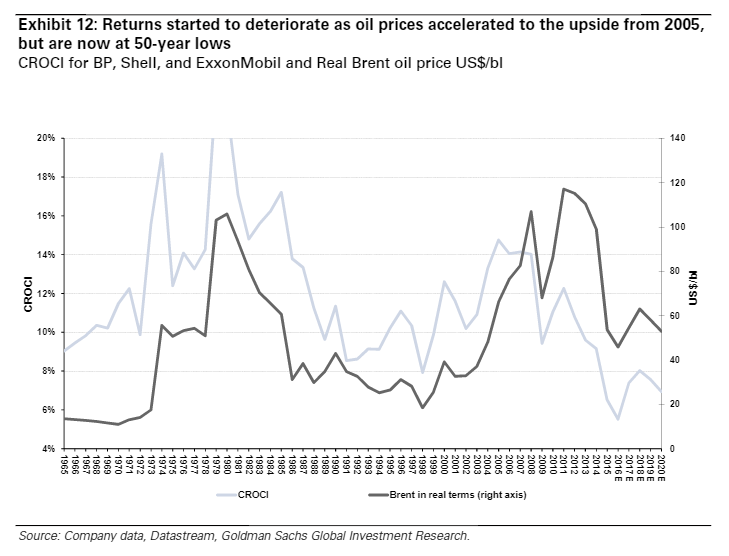 Oil companies longing for the glory days of ultra-high crude prices might wish to think again.

The rising oil prices that came to characterize energy markets in the mid-2000s, and which culminated in a record near-$150 a barrel in 2008, were not the windfall investors might have imagined, according to a new note from Goldman Sachs Group Inc. Instead, returns for major oil companies such as BP Plc, Royal Dutch Shell Plc, and Exxon Mobil Corp., actually declined between 2005 and 2014 as measured by cash return on capital invested.