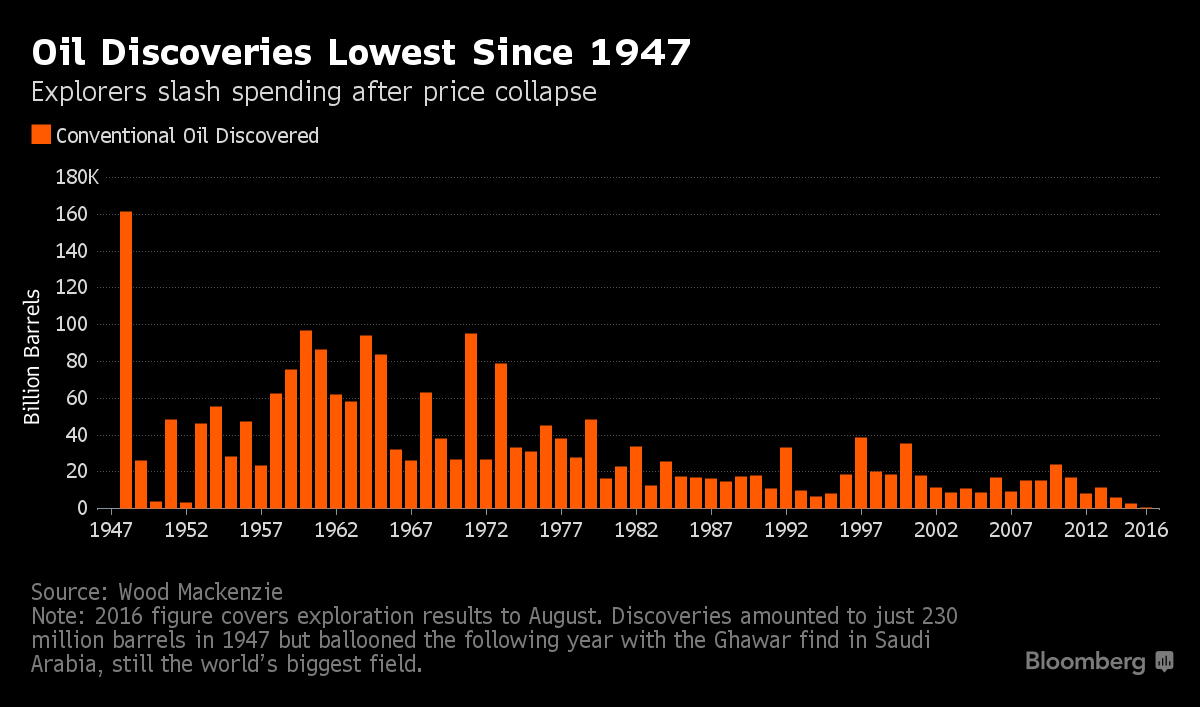 Explorers in 2015 discovered only about a tenth as much oil as they have annually on average since 1960. This year, they’ll probably find even less, spurring new fears about their ability to meet future demand.

With oil prices down by more than half since the price collapse two years ago, drillers have cut their exploration budgets to the bone. The result: Just 2.7 billion barrels of new supply was discovered in 2015, the smallest amount since 1947, according to figures from Edinburgh-based consulting firm Wood Mackenzie Ltd. This year, drillers found just 736 million barrels of conventional crude as of the end of last month.

That’s a concern for the industry at a time when the U.S. Energy Information Administration estimates that global oil demand will grow from 94.8 million barrels a day this year to 105.3 million barrels in 2026. While the U.S. shale boom could potentially make up the difference, prices locked in below $50 a barrel have undercut any substantial growth there.