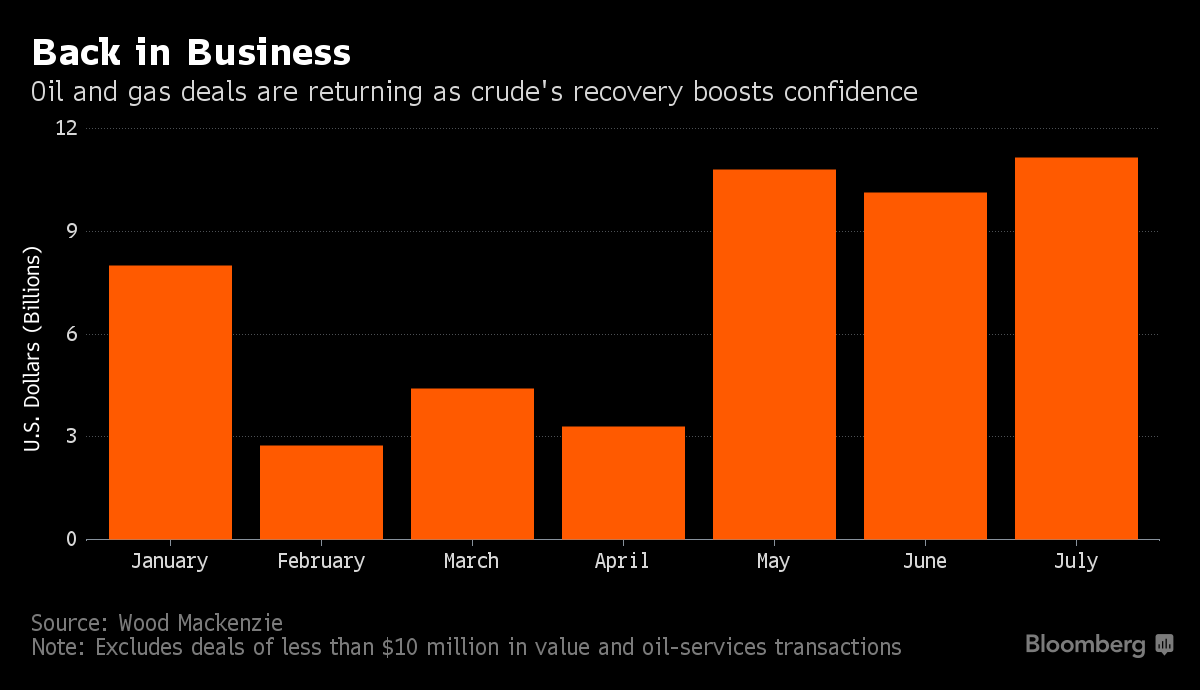 Multibillion-dollar oil and gas deals are back on the table.

More than $11 billion of transactions were announced globally in July as crude’s recovery fueled hopes of a steadier market, Wood Mackenzie Ltd. said. That’s the highest monthly total this year and brings the amount since May to $32 billion, triple that of the previous three months. Dealmaking will continue to accelerate as oil prices stabilize, according to the consulting firm.

Exxon Mobil Corp. and Statoil ASA were among the buyers after crude’s rebound from a 12-year low earlier this year bolstered confidence. Acquisitions will allow the companies to ensure future growth as the industry has slashed $1 trillion in spending to protect their balance sheets during the downturn.