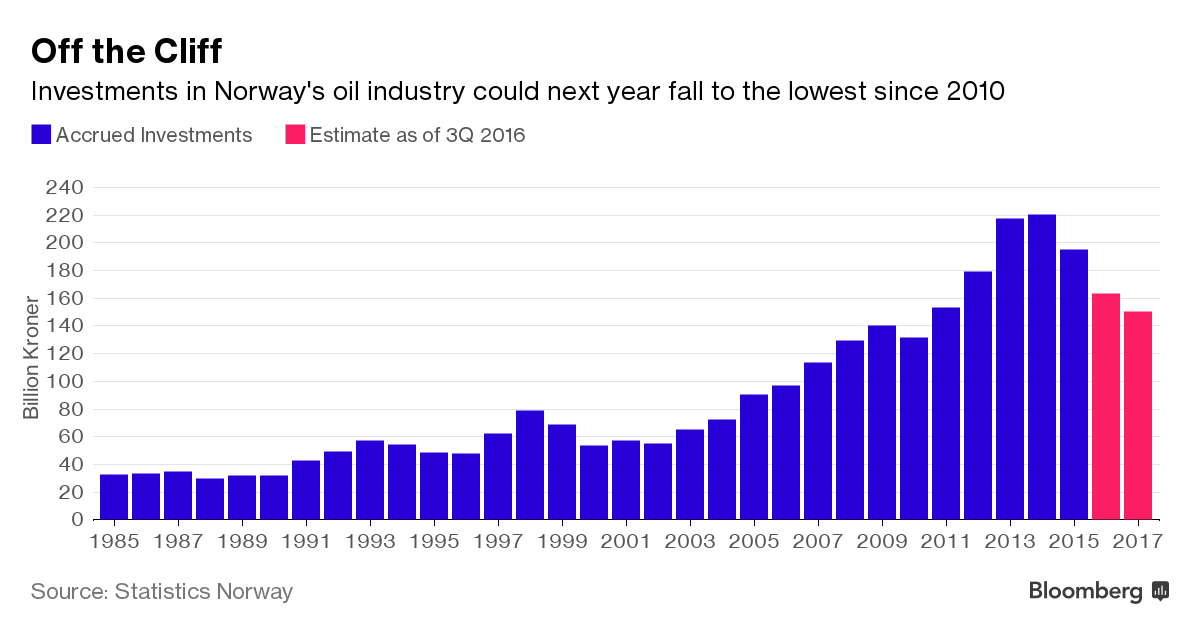 Oil and gas companies operating in Norway, western Europe’s biggest producer, cut investment forecasts further for this year and next as they continue to weather a two-year long collapse in crude prices.

The decrease for 2016 was mainly due to lower estimates for field developments, while lower expected investments in shutdowns and removals and exploration led to a decrease for 2017, the statistics agency said.