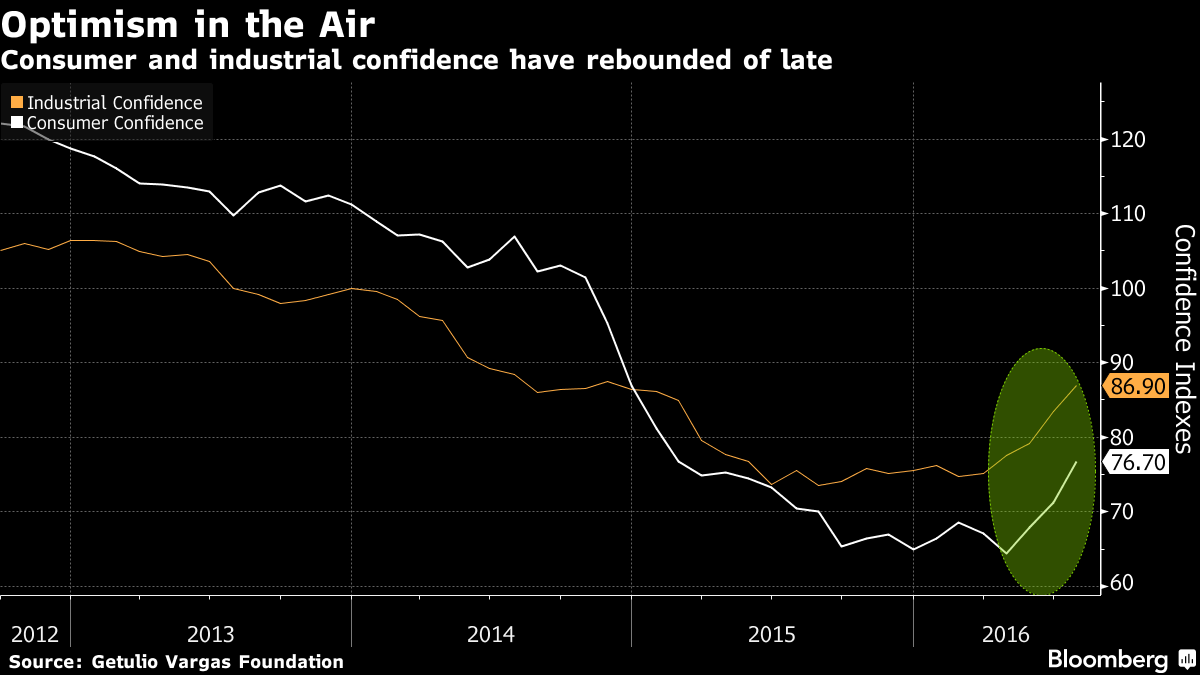 Brazil’s economy expanded at its fastest pace in one-and-a-half years in June, as improving business and consumer confidence drives an incipient recovery in industrial production and retail sales.

The central bank’s seasonally adjusted economic-activity index, a proxy for gross domestic product, rose 0.23 percent in June from the previous month, after falling a revised 0.45 percent in May. It was its best performance since December, 2014. The median estimate of analysts surveyed by Bloomberg was for a growth of 0.2 percent.

“The result came in stronger with a good showing of retail sales and industrial output in June,” said Andre Perfeito, chief economist at Sao Paulo-based brokerage Gradual Cctvm, adding he was revising up his forecast for second-quarter GDP to a 0.6 percent expansion.