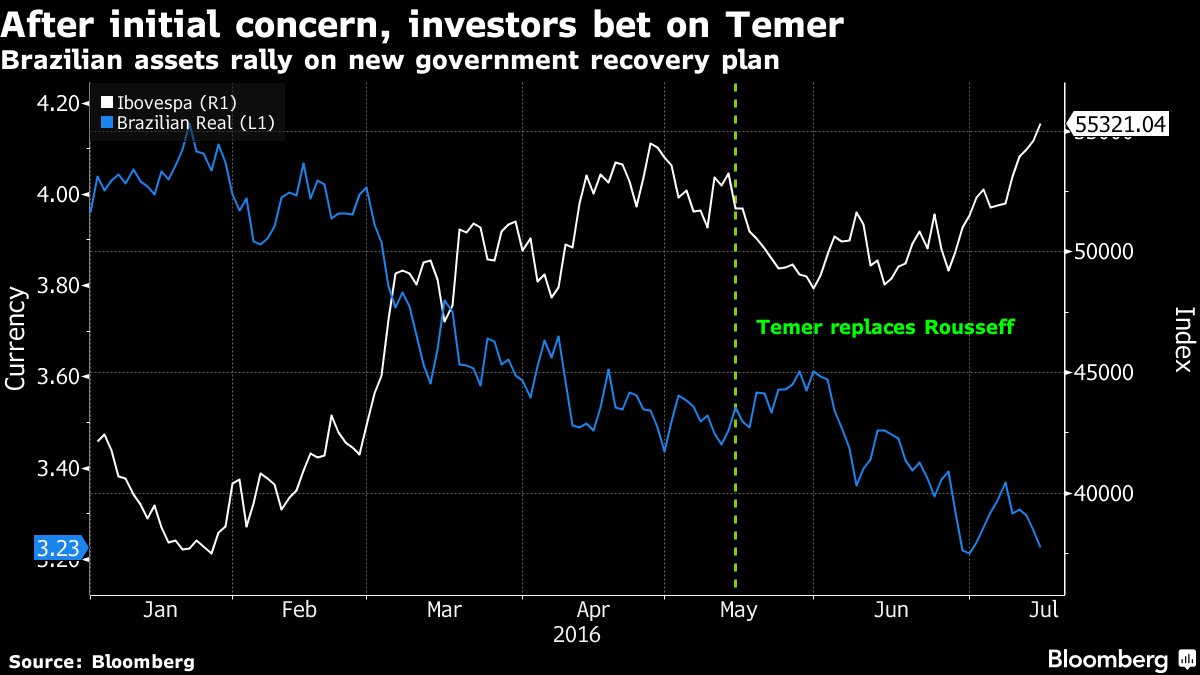 In the depths of Brazil’s world-worst market selloff last year, hedge-fund manager Luiz Fernando Figueiredo made a bold call. All the fretting about a dangerous financial crisis was way overblown, he said, and markets were ready to rebound.

Now, after outsize rallies this year across Brazilian financial markets, Figueiredo doesn’t talk like a man who’s ready to cash in his chips. He argues there are more profits to be made, particularly in the currency, because the country’s 14.25 percent benchmark interest rate will lure growing numbers of yield-starved foreign investors now that concerns are easing about the government’s swelling deficits. Acting President Michel Temer immediately began pursuing steps to shore up fiscal accounts and stabilize the economy after replacing Dilma Rousseff when she was suspended in May to face an impeachment trial.