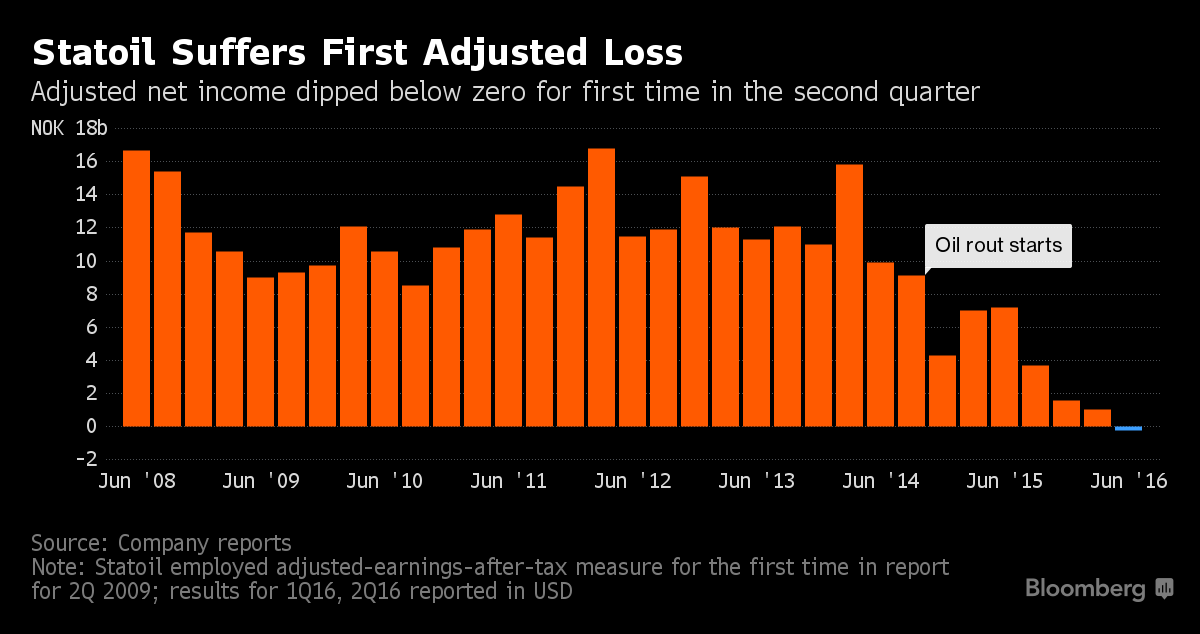 The adjusted loss after tax, which excludes financial and other items, was $28 million in the second quarter after a profit of $929 million a year earlier, the Stavanger-based company said Wednesday. That missed the average estimate of 16 analysts for a profit of $294 million.

“The results were strongly affected by weak oil and gas markets,” Statoil Chief Executive Officer Eldar Saetre told reporters in Oslo. Refining margins also fell by almost half from a year earlier, producing a disproportionate effect on already low earnings, he added in an interview.