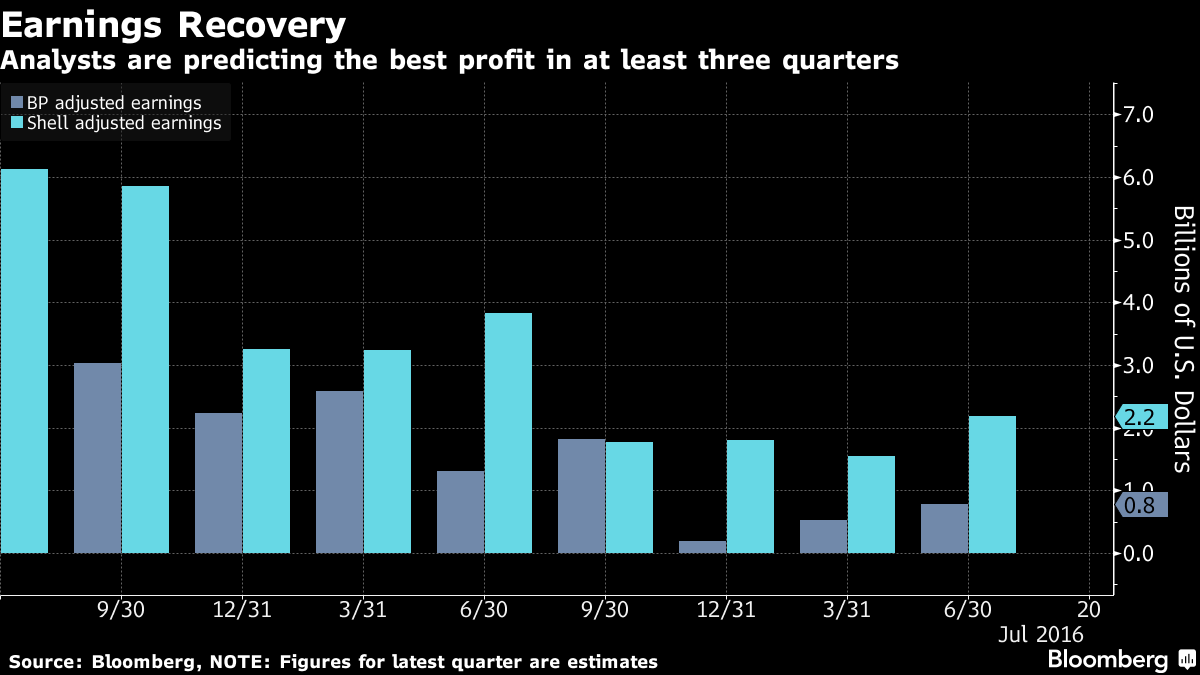 For oil companies, the second quarter might be as good as it gets.

Shares gained more than in any other industry, thanks to crude rising from a 12-year low. Profits were the best in at least three quarters for majors including Royal Dutch Shell Plc, Chevron Corp. and BP Plc, helped by cost cuts, analysts say. The rest of the year might not be as rosy as supply holds near record levels.

The combined market value of the world’s oil companies shrank by $2 trillion in the past two years following crude’s collapse. While analysts agree the worst of the oversupply is over, BNP Paribas SA and JBC Energy GmbH are among those forecasting a slide back to $40 a barrel as output rebounds in Canada, Iran, Nigeria and the U.S., hurting producers whose investment cuts have put future growth in doubt.