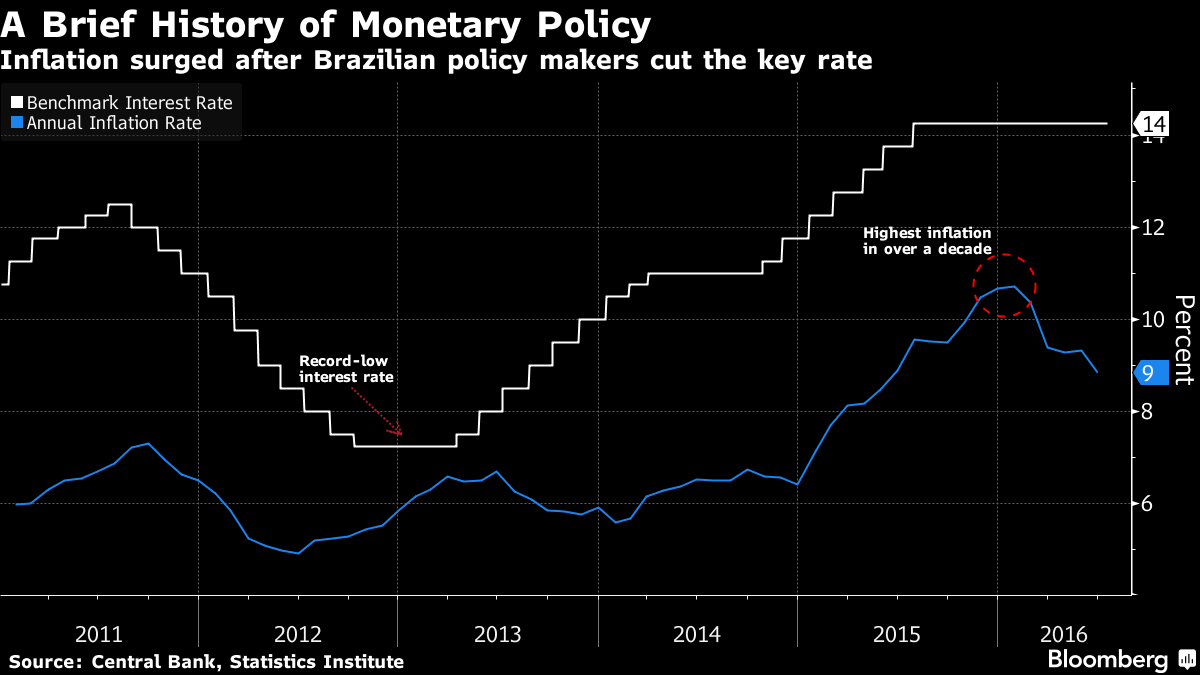 The central bank board, led for the first time by its new chief, Ilan Goldfajn, held the so-called Selic rate at an almost 10-year high of 14.25 percent. All 38 analysts surveyed by Bloomberg forecast the decision.