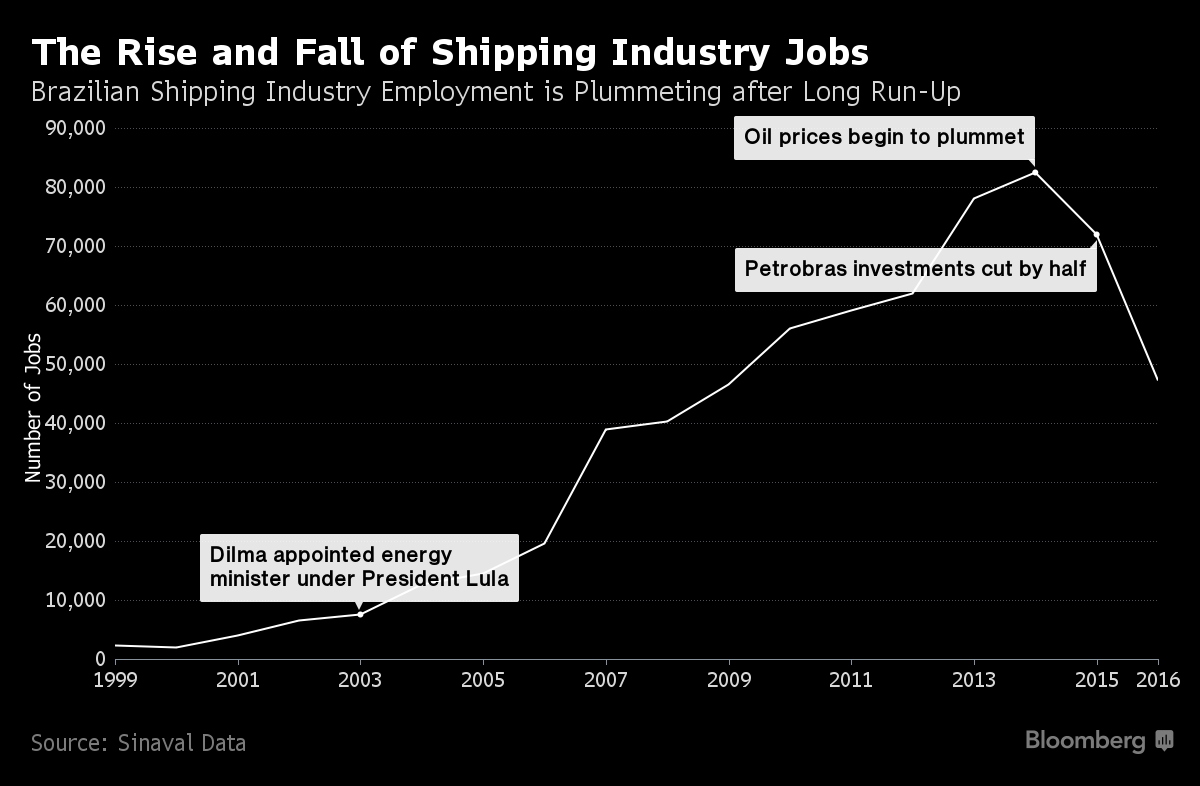 If there’s one industry where all of Brazil’s political and economic upheavals come together, it’s shipbuilding.

A Rio de Janeiro shipyard, where suspended president Dilma Rousseff once promised to employ an army of welders, electricians and engineers to make offshore oil platforms, is all but shut. Every other day, 50 workers on average hand in their helmets and are sent home jobless, according to the yard’s union. More than 5,000 were on site in late 2014, and by the end of this month they are all expected to be gone.

The Inhauma shipyard is the latest to succumb to a crisis that has wiped out nearly half of the country’s naval industry jobs in the past two years, leaving companies bankrupt and creditors unpaid. It also represents the failure of Brazil’s plans to build almost from scratch a high-end industry that would compete with Asian yards and supply the most ambitious offshore oil expansion on Earth.