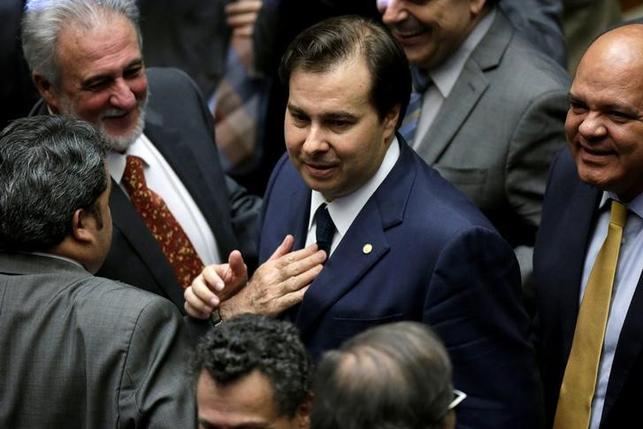 Congressman Rodrigo Maia is greeted by congressmen during a session to elect the new president of the chamber of deputies in the National Congress in Brasilia, Brazil July 13, 2016.
REUTERS/UESLEI MARCELINO

Brazil’s lower house of Congress elected an ally of interim President Michel Temer as its new speaker late on Wednesday, marking a victory for a government racing to approve unpopular economic reforms.

Rodrigo Maia of the right-leaning Democrats party, known as DEM, won the second round ballot by a wide margin in a hotly contested election.

Maia, a trained economist who worked briefly in banking before turning to politics, signaled he would help Temer move ahead with reforms to pull the economy out of what could be its worst recession in a century.