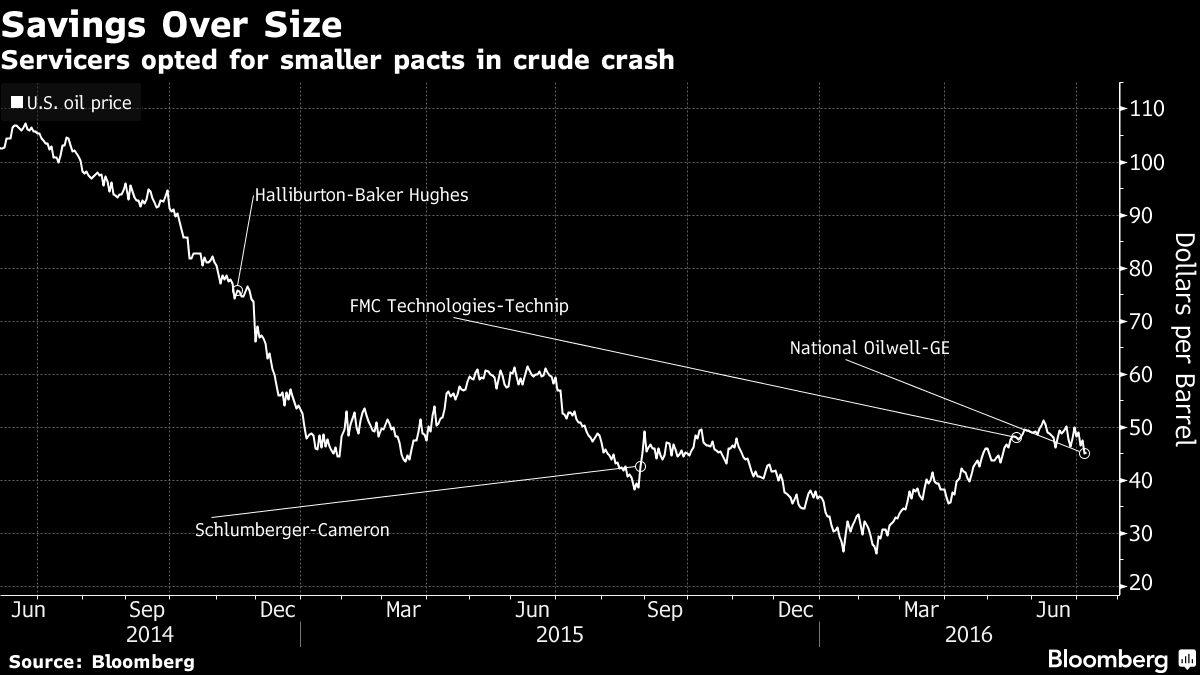 The era of monster takeouts in the oil-services world took a further step back Thursday when National Oilwell Varco Inc. and GE Oil & Gas partnered up, reinforcing an industry-wide push for cost savings over size.

The last major attempt at large-scale consolidation failed after Halliburton Co. called off the $28 billion takeover of Baker Hughes Inc. in May as antitrust regulators declined to sign off on the deal. Since the giant merger was announced in late 2014, the industry has seen a number of joint ventures and targeted acquisitions that help broaden the scope of services and equipment offerings — rather than create a behemoth. They include the merger between FMC Technologies Inc. and Technip SA, as well as Schlumberger Ltd.’s deal for Cameron International Inc.