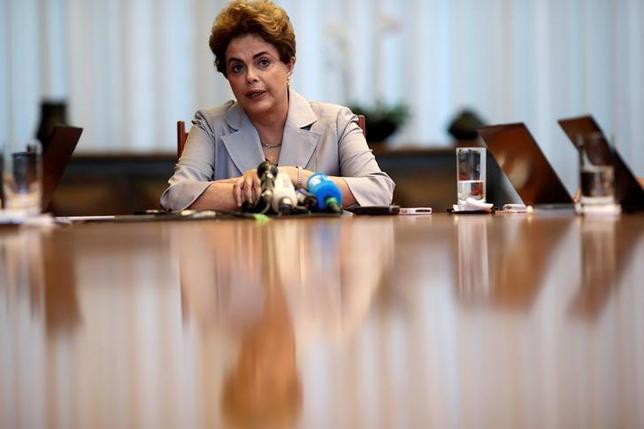 Brazil’s President Dilma Rousseff presented her written defense to a Senate impeachment trial on Wednesday, denouncing the proceedings as a farce and saying her alleged crimes were no more than “routine acts of budgetary management.”

“Everybody knows that you are judging an honest woman, a public servant dedicated to just causes,” the suspended leftist leader said in a document read aloud by her lawyer and former Attorney General Jose Eduardo Cardozo. “I’ve honored those who voted for me.”

Rousseff’s removal would mark an end to 13 years of leftist rule over Latin America’s largest economy by the Workers Party that began in 2003 under her mentor, former President Luiz Inacio Lula da Silva.

Her defense made clear she is sticking to the strategy of refuting the impeachment process as a soft “coup” led by her one-time Vice President Michel Temer, a conservative who has taken over since mid-May when the Senate voted to try Rousseff.