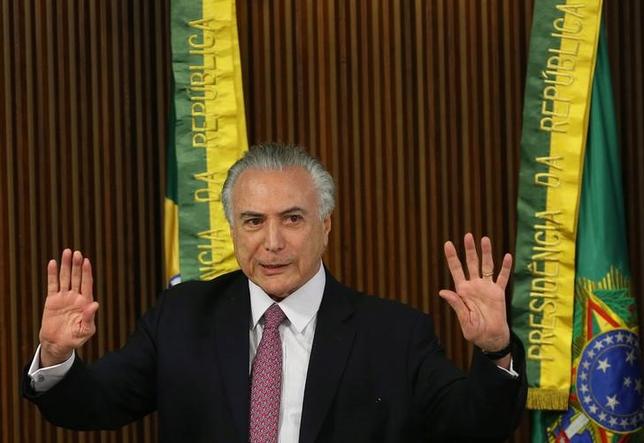 Conservative legislators in Brazil say they will back interim President Michel Temer through a growing corruption scandal in return for support for their right-wing social agenda, including tougher abortion restrictions and looser gun control.

The powerful bloc’s willingness to stand by Temer, expressed to Reuters by five of its leading lawmakers, bolsters his chances of surviving the scandal and ousting suspended President Dilma Rousseff in an impeachment trial, despite losing three ministers in a month to a graft probe of state oil company Petrobras (PETR4.SA).

Temer, the former vice president, took office last month after the left-leaning Rousseff was placed on trial in the Senate for breaking budget rules. He will see out her term until 2018 if she is convicted in the impeachment hearings, due to conclude in mid-August.