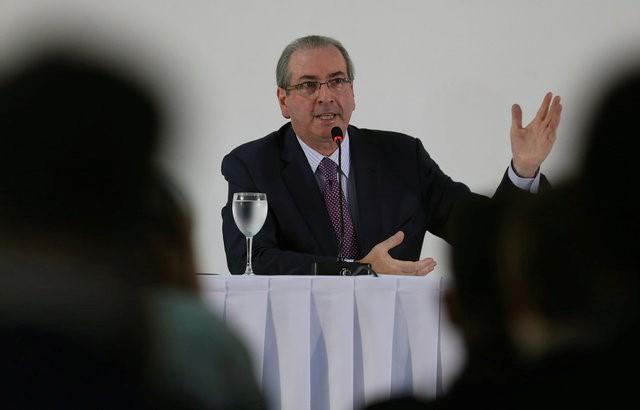 Brazil’s suspended House speaker, Eduardo Cunha, denied any criminal wrongdoing on Tuesday and said he will not resign, even though he has already been indicted for corruption and faces the risk of imminent arrest.

The Supreme Court indefinitely suspended Cunha last month on charges of obstructing a corruption investigation, just weeks after he orchestrated the approval of impeachment proceedings against President Dilma Rousseff in the lower house of Congress.

Speaking at a news conference on Tuesday, the veteran politician denied he was seeking a plea bargain with prosecutors to obtain leniency.

“I have not committed any crime, so I have nothing to tell,” said Cunha, still defiant despite his alleged ties to the sweeping scandal involving Petrobras, Brazil’s state-oil company, in which dozens of government officials and lawmakers are suspected of taking bribes and kickbacks.