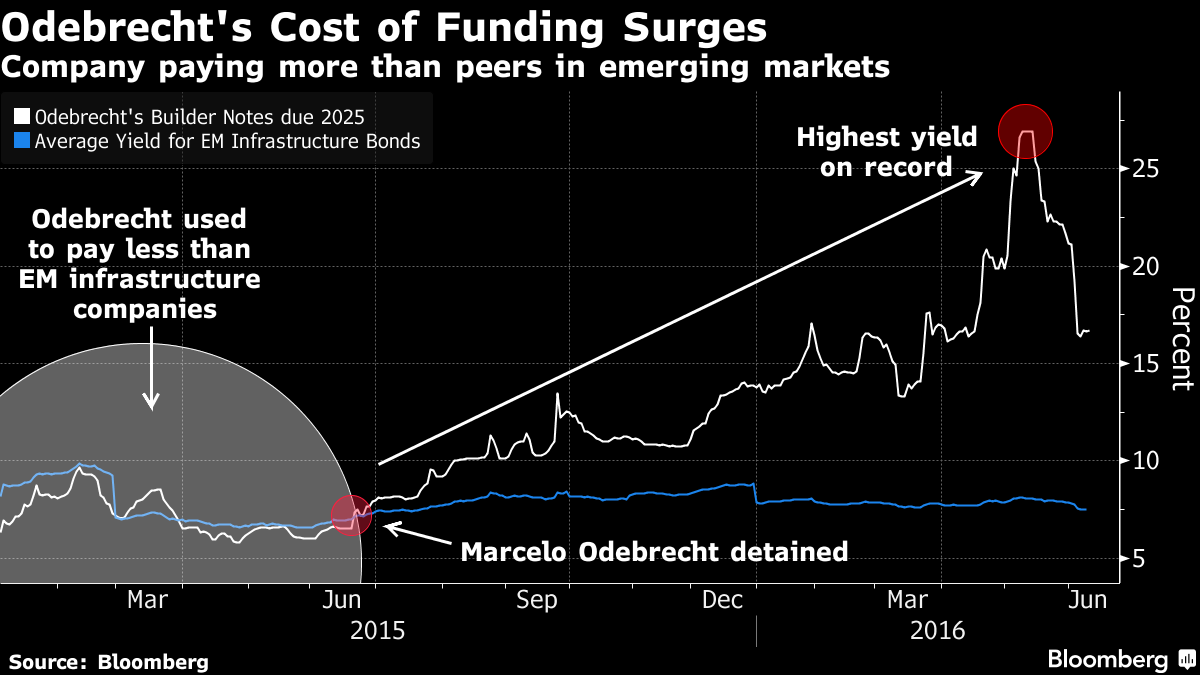 When Odebrecht SA sought to raise cash at the turn of the decade for an oil and gas venture, a top financier predicted the project would be pitched by “every single banker worth his mettle.” These days, when the Brazilian conglomerate seeks new funding, the answer is almost always the same: No.

Interviews with six bankers with direct knowledge of Odebrecht’s credit paint the picture of a once-powerful construction conglomerate with 110 billion reais ($32.4 billion) in debt that’s slowly unraveling, unable to bid for new work and struggling to find the cash to pay for all the projects already in its pipeline. Lenders are calling off previously agreed-upon loans, balking at new funding requests and demanding collateral for rolling over or restructuring old debt, said the people, who asked not to be identified discussing a confidential matter.

And the bonds of that oil and gas venture? The unit missed a $9.6 million coupon payment in March, and the securities are trading at about 8 cents on the dollar.