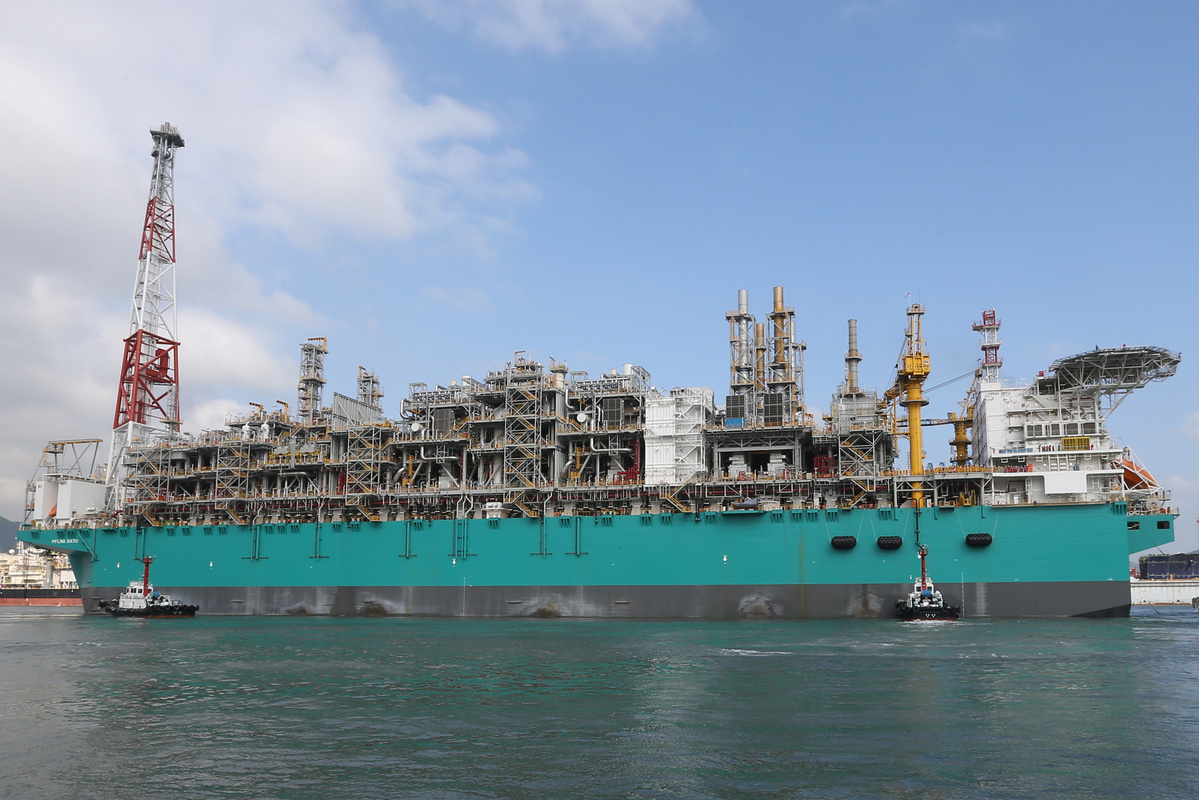 It’s longer than three soccer fields, heavier than two aircraft carriers and powerful enough to chill gas into liquid colder than the surface of Jupiter.

And its maiden voyage couldn’t have come at a worse time.

The world’s first modern vessel for producing liquefied natural gas was ordered by Petroliam Nasional Bhd in 2012 when LNG traded for more than $15 per million British thermal units. It was launched last month, with prices down by about two-thirds. Royal Dutch Shell Plc faces a similar problem with its version of a floating LNG plant, which will be larger than any ship ever built.

The plight of the PFLNG Satu, as the first vessel is known, reflects the larger struggle facing all producers. Projects approved years ago when energy prices were high are coming online now, adding to a global supply glut that has pushed spot LNG down to $4.62 per million Btu this week.
Read more