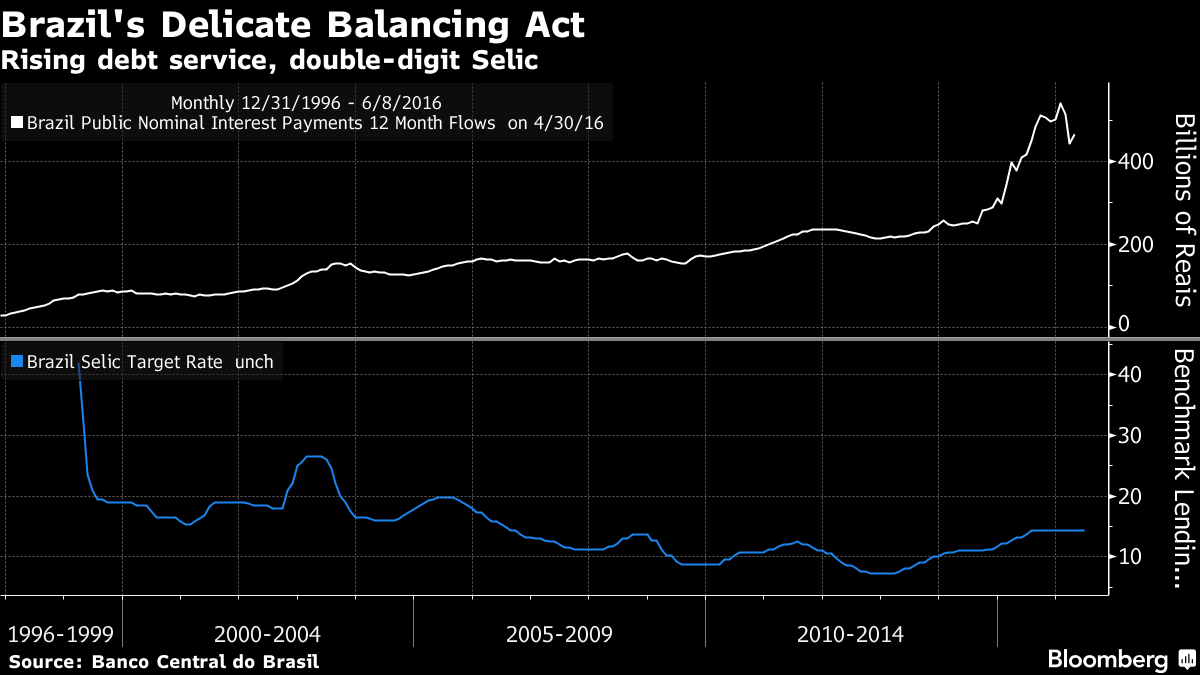 Brazil kept borrowing costs unchanged as a new central bank president is set to take over the challenge of slowing inflation to target without exacerbating the worst recession in over a century.

Policy makers, led by departing bank President Alexandre Tombini, on Wednesday voted unanimously to keep the Selic at a near-decade high of 14.25 percent for a seventh straight meeting as expected by all 41 analysts surveyed by Bloomberg. The committee’s statement matched the communique from their April 27 decision, suggesting that policy makers wanted a smooth handover to new central bank President Ilan Goldfajn.

“The Copom decided not to compromise action by the future president,” said Andre Perfeito, chief economist at brokerage Gradual Cctvm. “They put the direction of monetary policy and the bank’s communication in the hands of Goldfajn.”