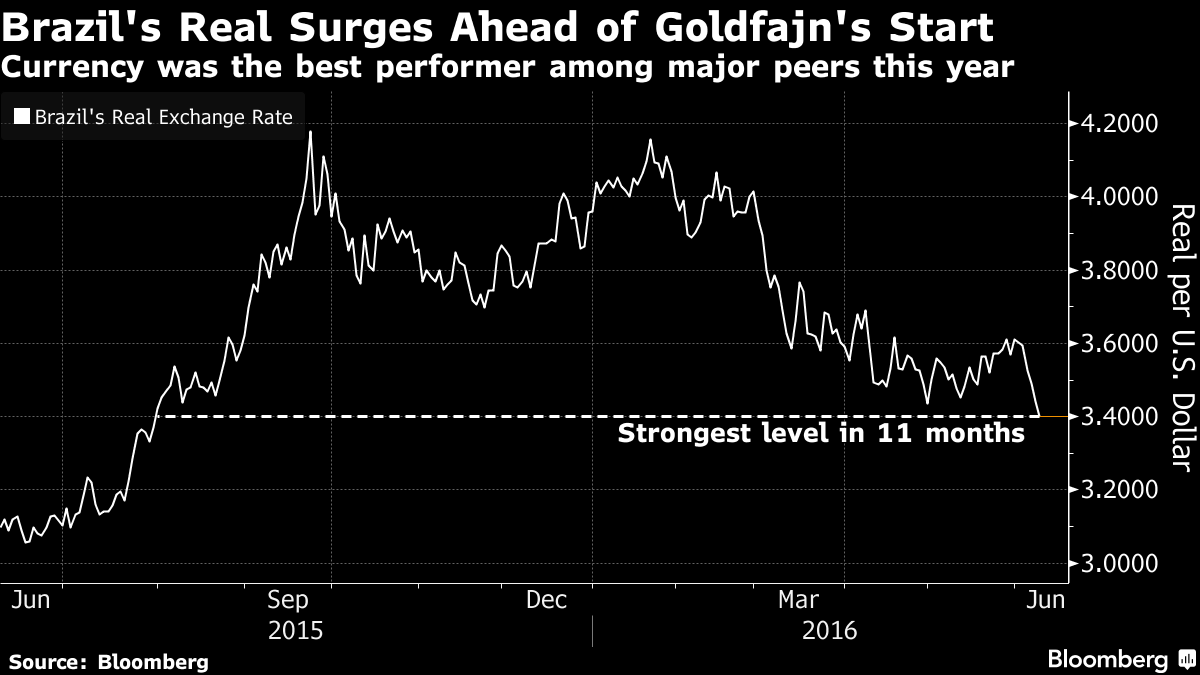 Brazil’s currency posted its longest winning streak in more than two years as investors cheered comments from the incoming central bank head that signaled he’ll be less interventionist than his predecessor.

The currency advanced 1.8 percent to 3.3802 per U.S. dollar as of 1:32 p.m. in Sao Paulo, set for the highest level since July. Most emerging-market currencies advanced after better-than-estimated trade data from China, Brazil’s biggest trading partner.

The real rallied as Ilan Goldfajn, the former chief economist at Itau Unibanco Holding SA, said during his Senate confirmation hearing Tuesday that he’s committed to a floating exchange rate and that monetary policy — not the exchange rate — should be used to fight above-target inflation. Investors, who had questioned the autonomy of the monetary authority under Alexandre Tombini, took the comments as a sign that policy makers will scale back the sale of reverse swap contracts, which tend to weaken the currency.