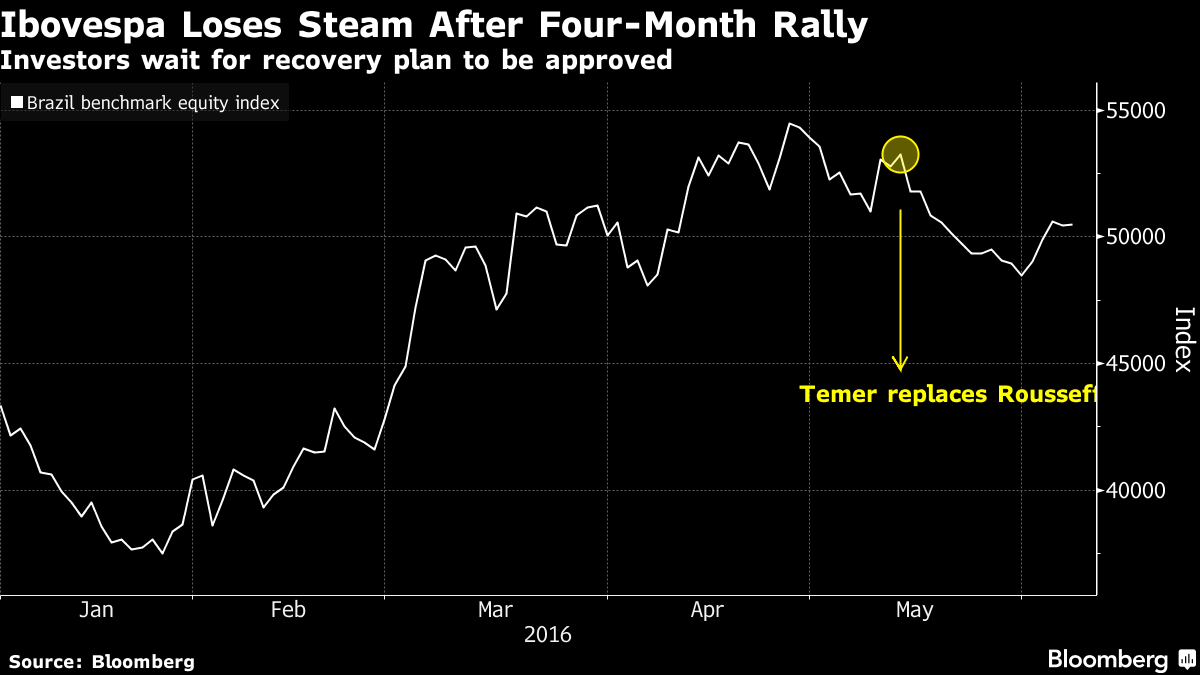 Petrobras, as the Brazilian oil producer is known, contributed the most to the benchmark equity index’s advance as Brent crude advanced to an eight-month high. The rally overshadowed concern it may be difficult to get Congressional support for measures aimed at shoring up the budget and pulling Latin America’s biggest economy out of a recession. Brazilian shares also joined gains in emerging-market assets on speculation that the Federal Reserve won’t raise rates any time soon.