Believe it or not, it might be a reality…. 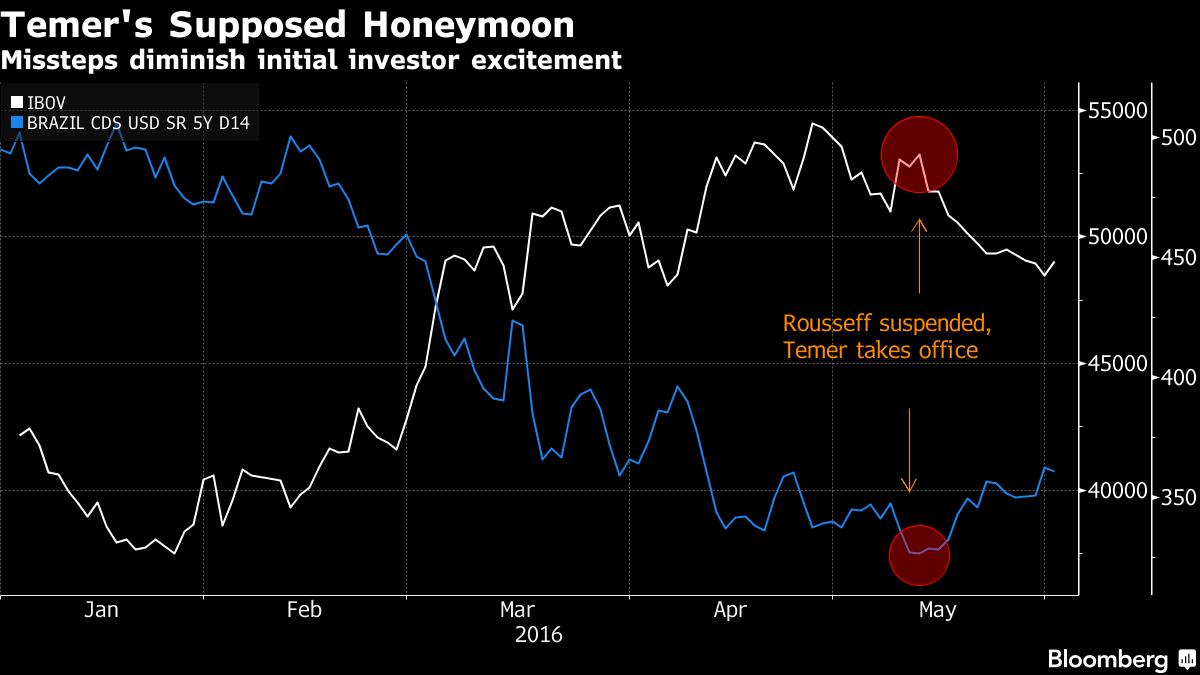 When Dilma Rousseff stood down as Brazil’s president last month to face an impeachment trial, it looked all but certain she wouldn’t come back. Yet a series of setbacks for her interim replacement, Michel Temer, may win her the few votes she needs to return to office.

In less than a month, Temer lost two ministers over recordings suggesting they sought to interfere in a corruption probe, was criticized for appointing a cabinet without women and had to backtrack on scaling down the Ministry of Culture. All that plays into Rousseff’s thesis that Temer wants to downsize government and oust her to protect his allies from the graft probe.

Rousseff’s lawyers will use some of the Temer government’s blunders to reinforce their argument that impeachment is unfounded, when they file her written defense on Wednesday with the Senate Impeachment Committee. “Since the beginning, we said this impeachment process was an abuse of power,” Rousseff said in a post on her Facebook page that outlined her defense strategy. “With these recordings, this became even more clear.
Read more