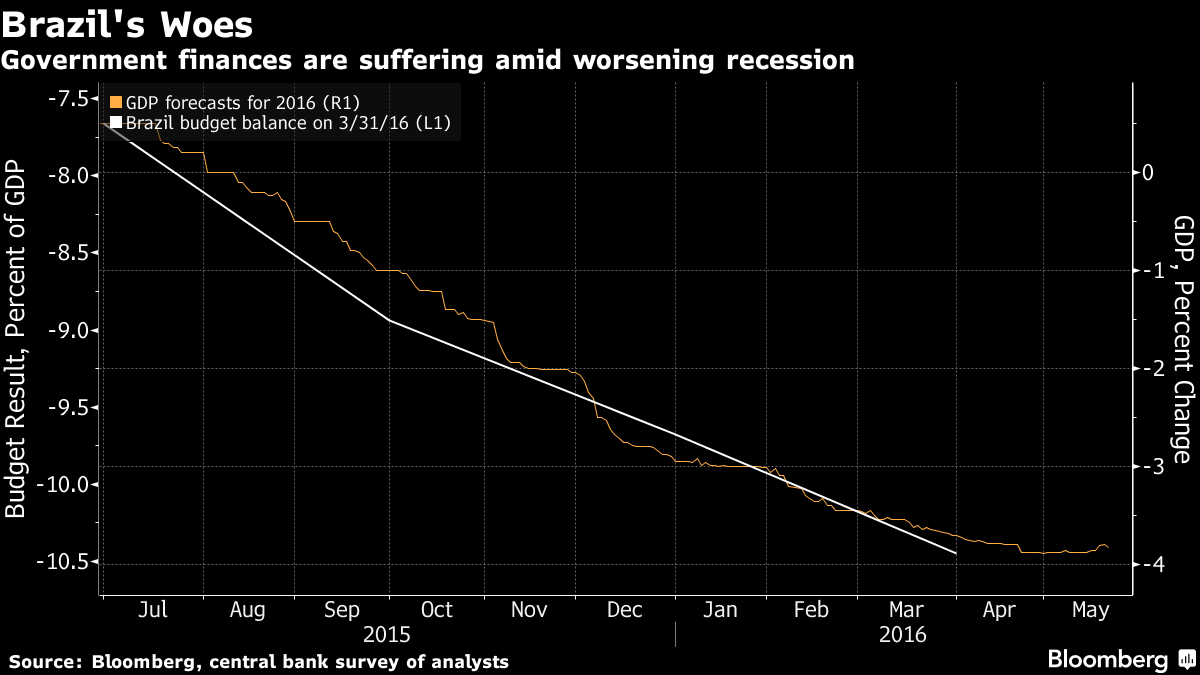 It took only 11 days in office for Brazil’s Acting President Michel Temer to suffer his first major setback.

The day before he was due to shepherd a bill through Congress to help revive investor confidence, Temer’s Budget Minister Romero Juca on Monday was forced to step down over allegations that he wanted to obstruct a probe into graft and money laundering. The controversy emboldened critics of Temer, who heckled the acting president when he entered Congress and prevented him from speaking to reporters.

The drama smacked of deja vu to many Brazilians and political analysts who saw the same corruption investigation taint members of the previous administration and hamstring its efforts to stimulate growth. While he was quick to assemble what Goldman Sachs Group, Inc. termed a “dream team” of economic advisers, Temer has committed missteps that are making some investors question whether they were overly optimistic that he could fix Brazil’s woes.