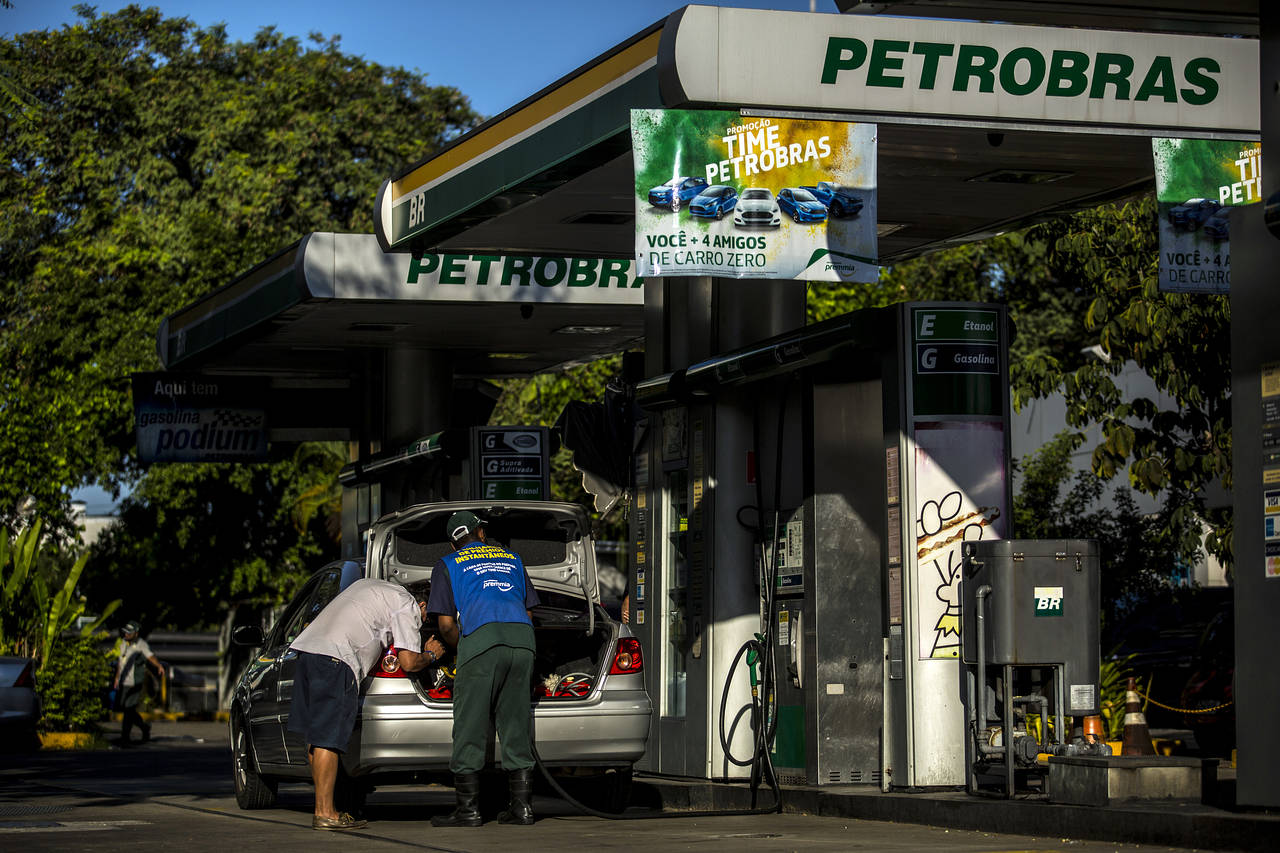 The U.S.-traded shares of Brazil’s state-controlled oil company Petróleo Brasileiro , or Petrobras, have more than doubled in value from their recent lows.

When the shares (ticker: PBR) slipped below $3 in February, it may have been the energy bargain of the century. But there’s more room to run even after the stock’s roughly 50% rise this year to a recent $6.42. Today’s price reflects the economic and governance crises in Brazil, and Petrobras’ massive $126 billion debt burden, which is the largest of any public company in the world, according to a Raymond James report last week that downgraded the stock. But the new government is very unlikely to let Petrobras default, oil prices are strengthening, and the stock could rise 20% and still remain far below its former highs.

There are four reasons the stock could move higher. One is political reform. The second reason is that oil prices are firming because months of underinvestment in production globally mean that future demand is likely to exceed supply. Petrobras needs higher crude prices for its deepwater exploration-and-production projects. Third, the Brazilian real should continue to strengthen against the U.S. dollar. Fourth, an expected drop in Brazilian interest rates—the benchmark is 14.25%—should lower Petrobras’ mostly dollar-denominated debt burden. Morgan Stanley recently said a stronger real and lower inflation expectations could lead to a rate cut in October—and rates as low as 10% by mid-2017.

Petrobras may need $6 billion to cover its obligations in 2016 and $17 billion in 2017. The company has already sold about $1.4 billion in assets this year, a fraction of the $15 billion in assets it earmarked for debt reduction. But it secured $10 billion in loans from China Development Bank. And last week, Petrobras raised $6.75 billion in a bond sale, a positive sign.

PETROBRAS SHOULD BE ABLE to meet its obligations over the next 12 months, and shouldn’t be trading like a distressed company, says Dan Raghoonundon, a co-manager of the Janus Emerging Market fund (JMFAX). “It isn’t a big ask for Petrobras shares to go up another 20% to 30% over the next three to five years,” he says.

Reform could also boost the stock. Brazil’s interim president, Michel Temer, who unseated Dilma Rousseff, Friday named a new Petrobras CEO, Pedro Parente. Formerly a Petrobras board member, Parente also once ran the Brazilian unit of global food and agricultural outfit Bunge (BG). Most recently, he was chairman of local securities exchange operator BM&F Bovespa (BVMF3.Brazil). His priorities are likely to include the sale of Petrobras’ gasoline-distribution business and the lifting of requirements that Petrobras hold controlling stakes in some projects. That would allow more drilling partners and a focus on higher-return fields.

“It is now or never,” Raghoonundon says. “Otherwise, debt goes higher, the equity value goes very low, and the government has to bail out Petrobras.”

Petrobras bulls are a minority. Of 21 analysts covering U.S.-traded shares, all but one has a Hold or Sell rating. The consensus price target: $4.80. Barclays analyst Paul Y. Cheng thinks the preferred shares ( PBR.A ) could reach $7.50, but warns that if oil stays at $50 per barrel, each class of stock could fall to $2.

There are other big risks. Brazil’s corruption probe, which alleges a bribes-for-contracts scheme emanating from Petrobras, isn’t over. Neither is the separate impeachment proceeding against President Rousseff. But Petrobras isn’t going away, and last week’s correction may be a long-term buying opportunity.