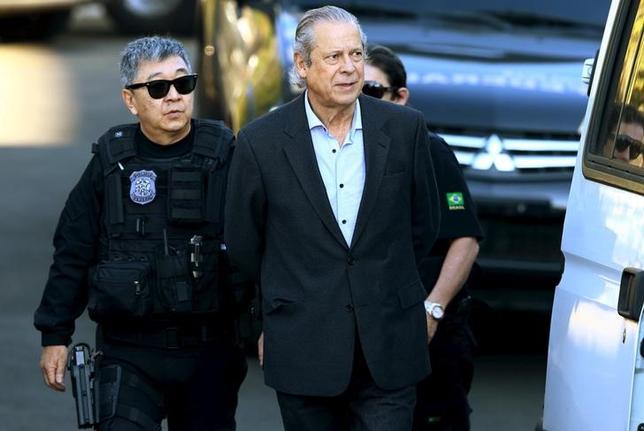 Jose Dirceu (front R), former Brazilian President Luiz Inacio Lula da Silva’s chief of staff, is escorted by a federal police officer as he leaves the Federal Police headquarters to give his testimony in a session of the Parliamentary Committee of Inquiry in Curitiba,…

A one-time chief of staff for former Brazilian President Luiz Inacio Lula da Silva was sentenced to 23 years in prison on Wednesday for corruption, money-laundering and conspiracy in a vast bribery scandal at the state-run oil company.

Jose Dirceu, a top power broker in the leftist Workers Party that governed Brazil from 2003 until last week, previously had been sentenced separately by the Supreme Court to over 10 years in prison for running a congressional vote-buying operation.

“Not even a conviction by the country’s highest court could inhibit criminal relapse,” federal judge Sergio Moro wrote in his sentencing decision, noting that Dirceu had been taking part in the bribery scheme even after he was convicted for vote-buying.