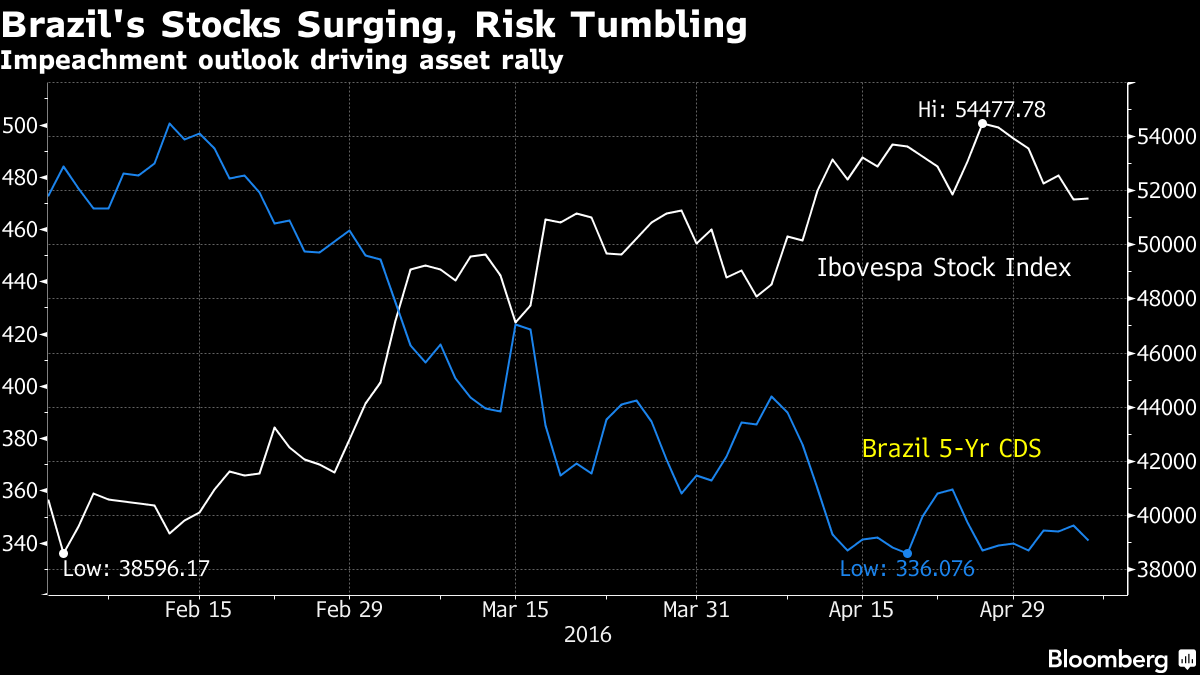 The mood in Brazilian financial circles is bordering on euphoric.

The real is the best performing currency in the world this year. Stocks have soared more than 30 percent, and bond yields are plunging. All this in a country with unemployment at a four-year high, a ballooning budget deficit, inflation near 10 percent and a credit rating that puts the government on par with Guatemala.

There’s a certain danger, as Alan Greenspan might say, of irrational exuberance here. And behind it all is the glee in Sao Paulo and Rio de Janeiro that the impending impeachment of President Dilma Rousseff will pave the way for a slew of austerity measures and reforms to stabilize the ailing economy. In private conversations with wealthy investors, it becomes clear that the extreme conviction that better times are ahead stems in part from their distaste for the leftist Rousseff and her Workers Party, a stance that risks underestimating how difficult it will be to pull Brazil out of its worst recession in a century.