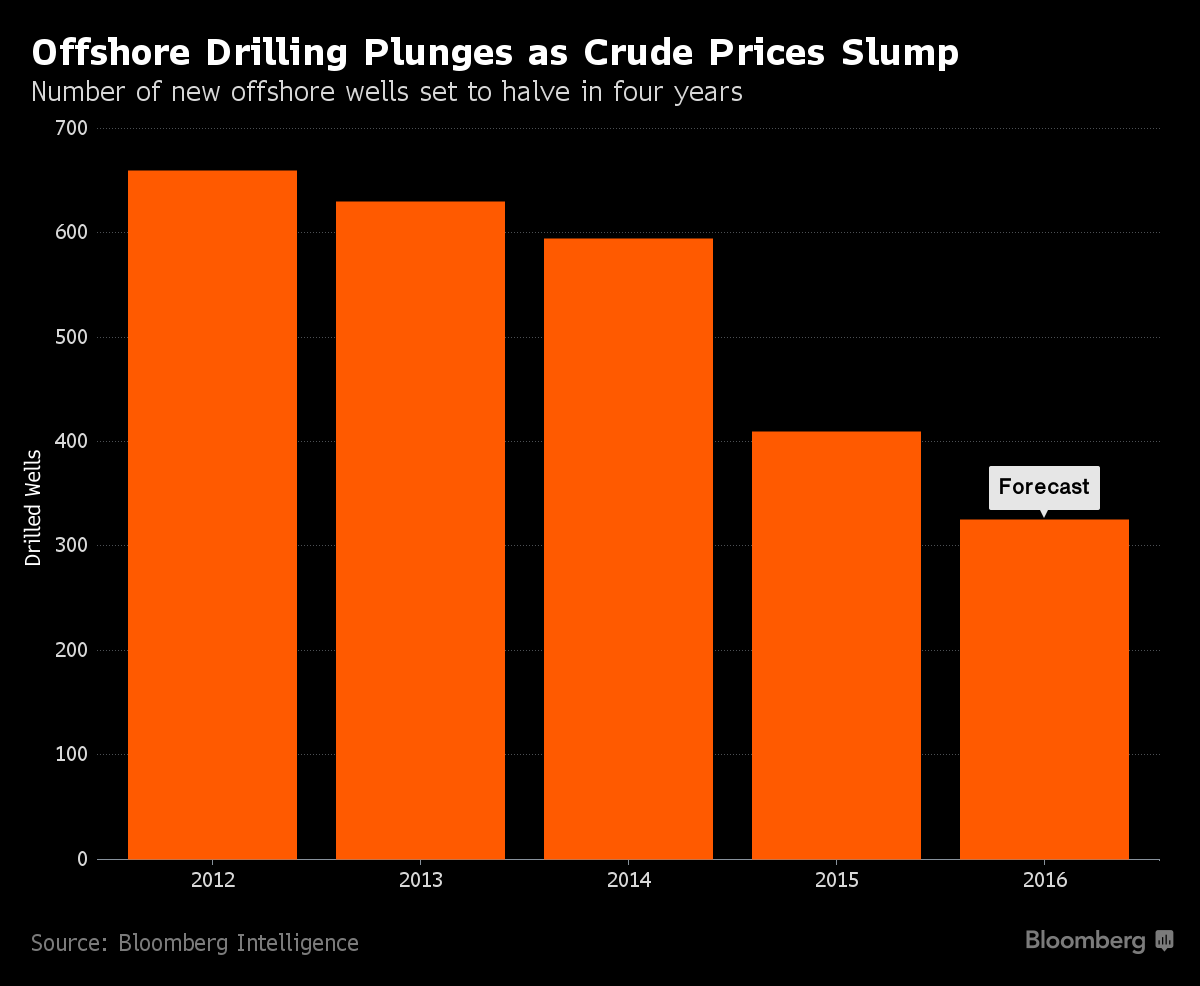 The Greek billionaire snapped up a drillship called Cerrado for less than 10 percent of its 2011 new-build price, showing how a collapse in crude has driven down the value of offshore equipment. The industrywide slump, which stretches from helicopters to oil rigs, means lenders could end up holding collateral worth a lot less than they are owed.

“It’s shocking,” said Alex Brooks, an analyst at Canaccord Genuity Group Inc. in London. “Creditors can’t ignore anymore that the value of the assets on their loans and bonds may be lower than they previously thought.”