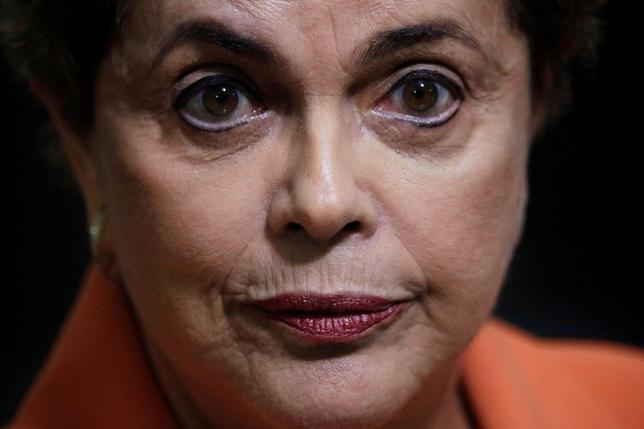 Brazil’s President Dilma Rousseff reacts during a launch ceremony of Agricultural and Livestock Plan for 2016/2017, at the Planalto Palace in Brasilia, Brazil May 4, 2016.
REUTERS/UESLEI MARCELINO

The senator charged with studying President Rousseff’s impeachment recommended on Wednesday that she be put on trial for breaking budget laws, bringing the embattled leftist leader one step closer to suspension from office.

Senator Antonio Anastasia presented his findings to a 21-member Senate impeachment committee, which is expected to vote overwhelmingly on Friday to send his recommendation to the full chamber.

The Senate is due to vote on May 11 to try Rousseff, at which point she will be automatically suspended pending a trial that could last up to 180 days. Vice President Michel Temer will take over as acting president and, if Rousseff is convicted, he would serve out the remainder of her term through 2018.