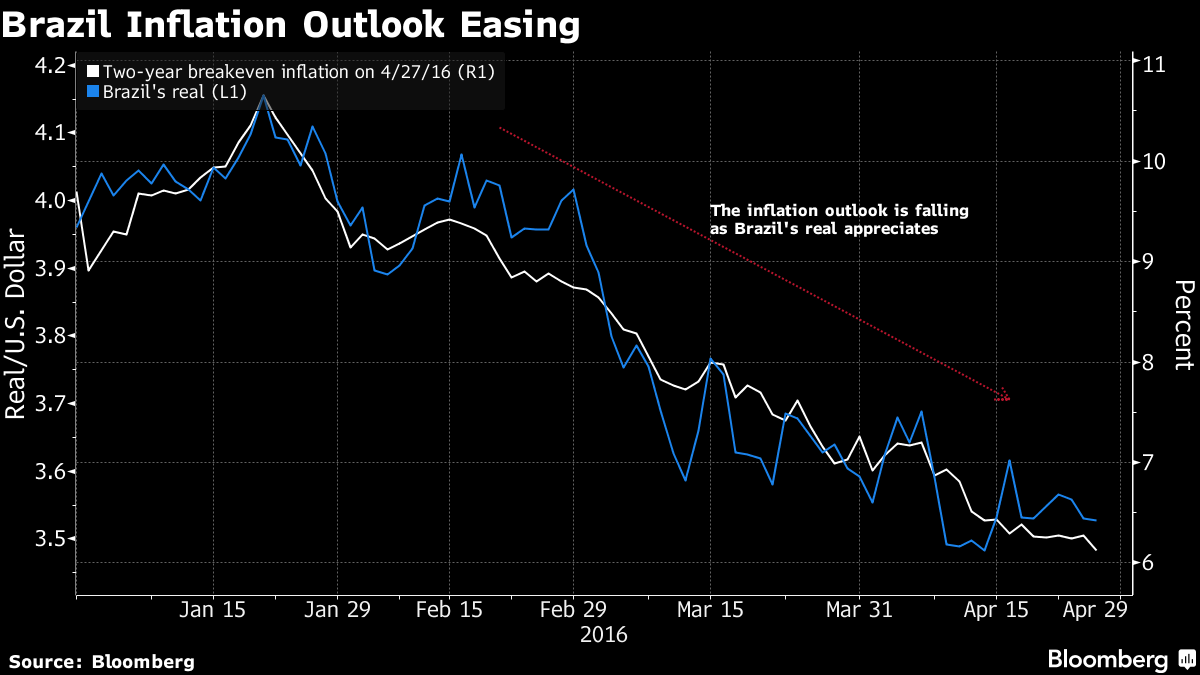 Brazil’s central bank kept its key interest rate unchanged in a widely expected decision amid the unfolding drama of impeachment proceedings against President Dilma Rousseff and the country’s economic woes.

Policy makers, led by President Alexandre Tombini, held the so-called Selic rate at a near-decade high of 14.25 percent on Wednesday for the sixth straight meeting, as forecast by all 50 analysts surveyed by Bloomberg. The decision was unanimous.

In a change of language from its previous statement, the central bank said that there had been progress in the fight to contain price pressures but that high inflation and inflation expectations above its 4.5 percent target don’t offer “room for more flexible monetary policy.”

Annual inflation slowed to 9.39 percent last month, helped by a 12 percent gain in the Brazilian real against the dollar so far this year despite the deepest recession since 1990.
Read more