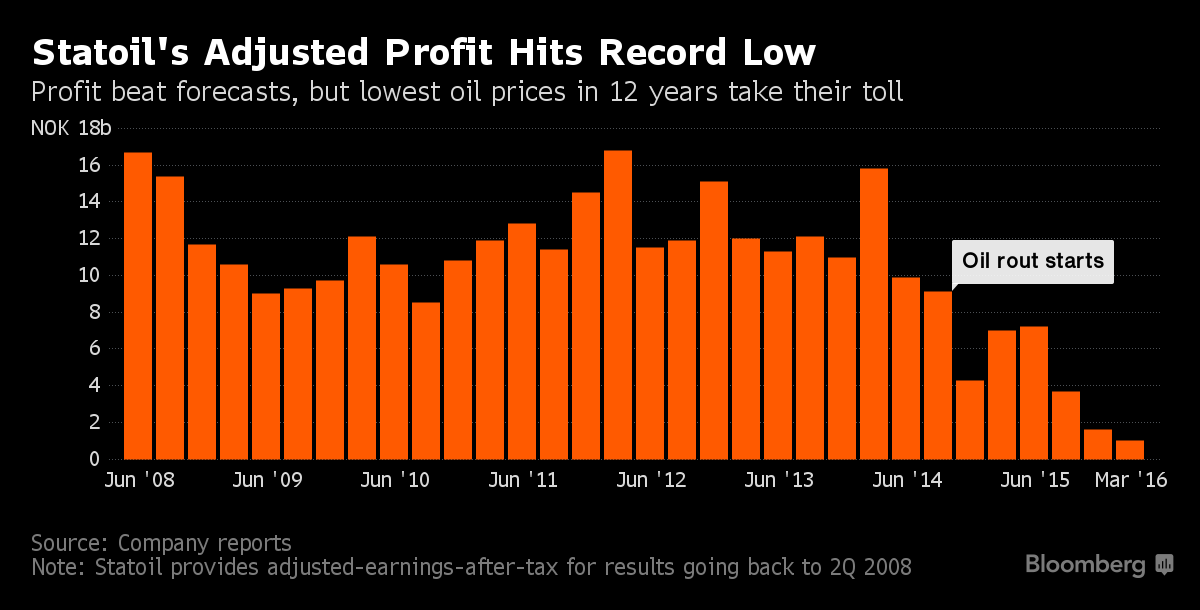 Adjusted earnings after tax fell to $122 million from $902 million ayear earlier, the Stavanger-based producer said in a statement Wednesday. The average forecast of 12 analysts surveyed by Bloomberg was for a $125 million loss.