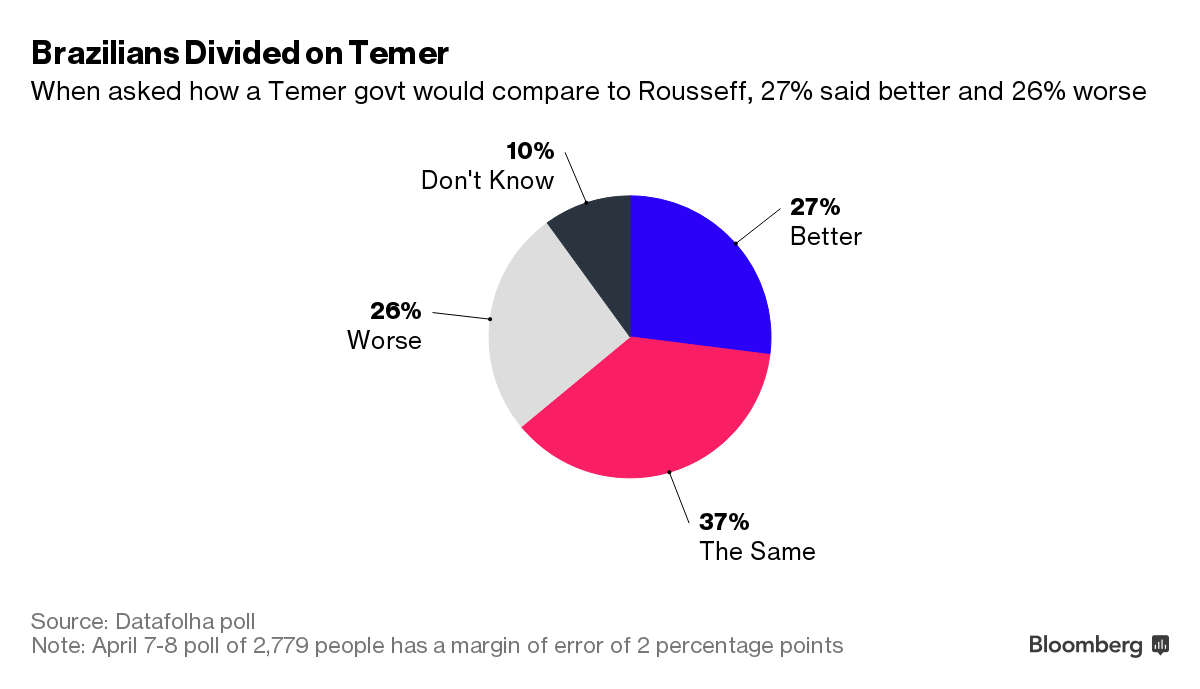 Brazilian Vice President Michel Temer is drawing up plans to form a transitional government as Dilma Rousseff sharpens accusations that he is the mastermind of a coup against her.

With a crucial impeachment vote looming in the lower house of Congress on Sunday, Temer plans to spend his early political capital on reforms that will stem the worst recession in the country’s modern history, according to an aide involved in drafting the strategy. That means shrinking the size of government and choosing a finance minister who will implement his party’s fiscally conservative manifesto should Rousseff be ousted, the person said.

Two camps are now vying for power in a country wracked by recession and scandal. On one side, Temer and his aides are trying to convince investors and the general public that they can be trusted with the reins of power. Opposing them is President Rousseff and her predecessor, Luiz Inacio Lula da Silva, who have governed Brazil for the past 13 years and are accusing Temer’s faction of “fraud and conspiracy.”
Read morte