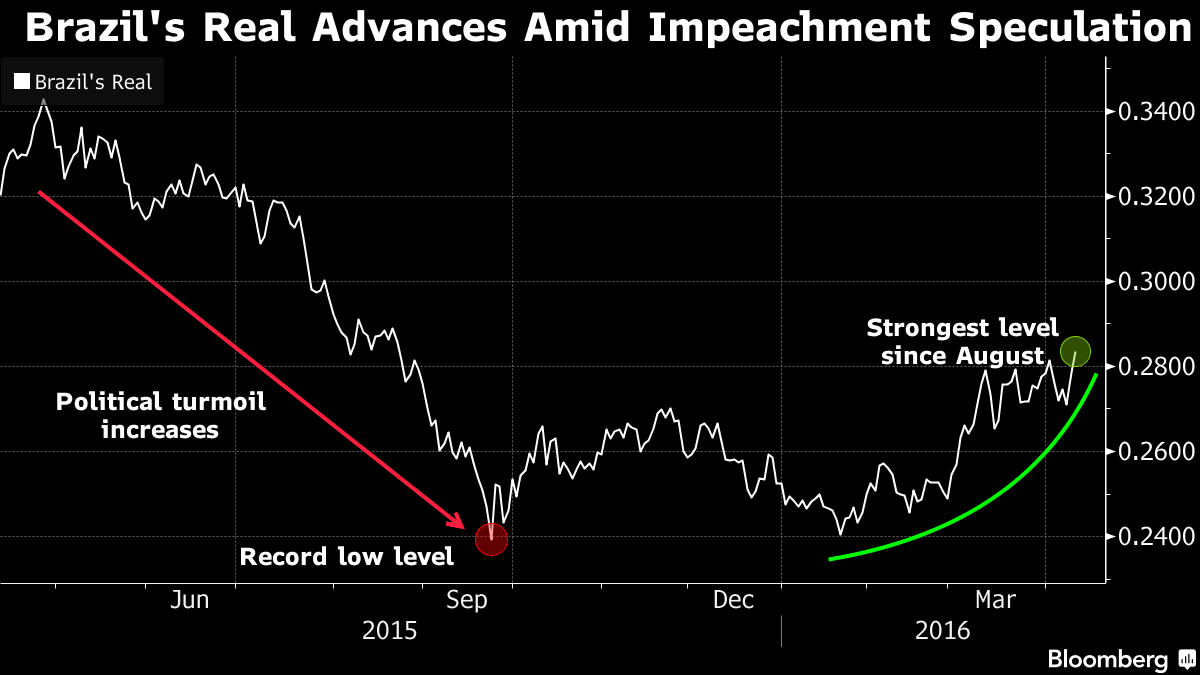 Brazil’s real advanced to the strongest level in almost seven months as Congress prepared for key votes on the ouster of President Dilma Rousseff this week.

Brazil’s currency, the most volatile in emerging markets as traders try to gauge the outlook for a complicated impeachment effort, gained 1.8 percent to 3.5266 per dollar at 12:30 p.m. in Sao Paulo. That was the strongest since Aug. 21 on a closing basis.

The real was the world’s best-performing currency in the first quarter on wagers that a new government would help pull Brazil out of its worst recession in a century and curb a record fiscal deficit. The real tumbled last year as Brazil lost its coveted investment-grade status and a sweeping corruption scandal hit businesses and the government.