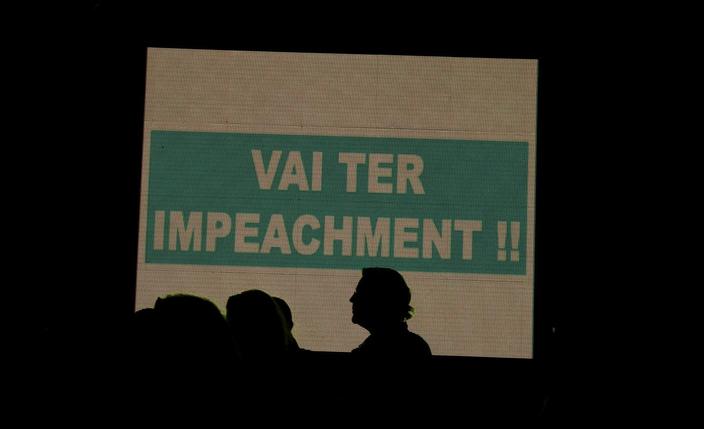 With neither side commanding enough firm support in the battle to impeach Brazil’s President Dilma Rousseff, the outcome of a crucial vote in Congress this month may boil down to a handful of no-shows and abstentions.

Brazil’s lower house is due to vote within two weeks on a committee report about whether Rousseff, the country’s first female president, broke fiscal laws to secure her 2014 re-election.

With her allies wavering following mass protests against her scandal-hit government, Rousseff risks losing the impeachment vote in the 513-seat lower house. The Eurasia consultancy calculates the odds of her defeat at 60-70 percent.

If the Senate agrees to put her on trial, Rousseff would be suspended from office. Financial markets favor her impeachment on hopes her substitute, Vice President Michel Temer, would introduce more-business-friendly policies.

Yet polls suggest her opponents have not secured the 342 votes – two-thirds of the chamber – they need to take impeachment to this stage.