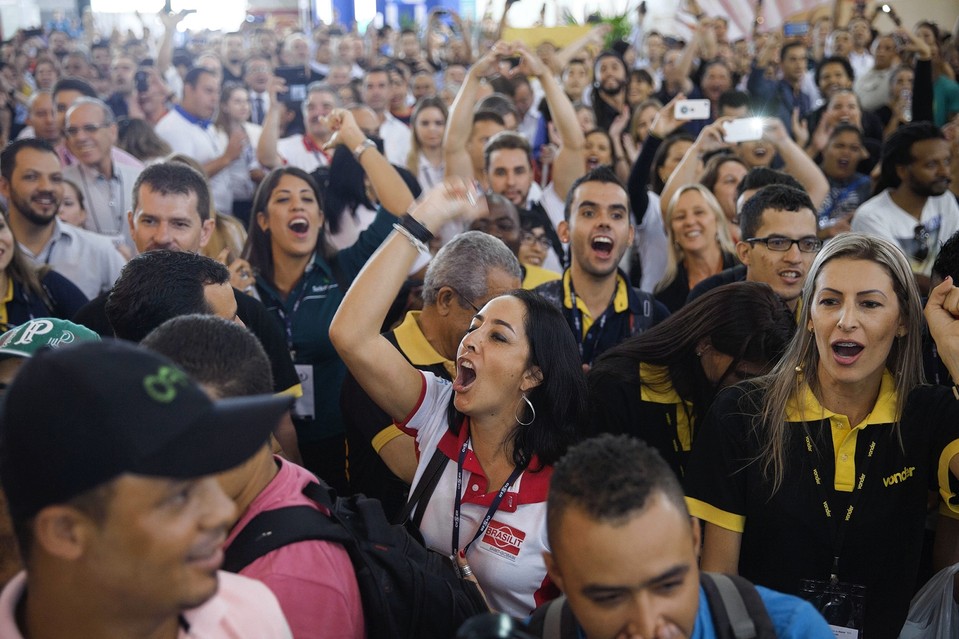 SÃO PAULO—Tens of thousands of Brazilians are expected to hit the streets on Sunday to voice discontent with President Dilma Rousseff, whose government is already facing spontaneous protests over a stalled economy and an epic corruption scandal.

In an echo of the protests that rocked Brazil in 2013, organizers are planning marches for Brasília, Rio de Janeiro, Salvador and other cities nationwide. Concerned about crowds and traffic, police in São Paulo have ordered a professional soccer team to move its Sunday match to the morning to avoid a conflict with the afternoon rally there.

“If it’s anywhere near the level of the demonstrations that we saw in June 2013, it will be very significant,” said David Fleischer, a Brasília-based political analyst.

Ms. Rousseff’s popularity ratings have sunk to record lows as her government grapples with rising unemployment and inflation, a weakening currency and a deepening graft scandal at oil giant Petróleo Brasileiro SA.

Just 23% of respondents to a February survey by the Datafolha polling firm rated her performance as “excellent or good,” compared with 44% who judged her “bad or terrible.”

Some middle- and upper-class voters are pushing for an impeachment or calling on her to resign.

The president has portrayed Sunday’s march as a stunt by opposition politicians and Brazilian elites still sore over her narrow re-election last fall. Supporters of Ms. Rousseff are planning their own pro-government rallies on Friday.

But smaller outbursts against the president have erupted in recent days. During Ms. Rousseff’s televised speech on Sunday evening marking International Women’s Day, some Brazilians were photographed at their windows and balconies, banging on pots and pans and shouting “Dilma out!” Ms. Rousseff was booed and heckled again on Tuesday while visiting a construction trade show in São Paulo.

Organizers say Sunday’s event is shaping up to be a cross-section of Brazilian society with a variety of grievances. Groups planning to march include Vem Pra Rua (Come to the Streets), a middle- and upper-class collective that claims 250,000 followers; the youth protest group Movimento Brasil Livre; and the Legalistas, a small but vocal faction that advocates a military takeover to restore economic calm and sweep out corruption.

Rogério Chequer, 46, a former hedge-fund manager and co-founder of Vem Pra Rua, said his group will be protesting what he described as the government’s attempt to pit the rich against the poor, an approach he likens to that being taken in neighboring Venezuela.

Ms. Rousseff is also struggling to placate her base of working-class and low-income Brazilians. Many of these voters feel betrayed by her postelection embrace of belt-tightening measures designed to please Wall Street and avoid a downgrade of Brazil’s investment-grade rating on its sovereign debt.

Since the beginning of the year, the government has sharply increased taxes on basics like gasoline and electricity, while cutting some entitlements in a bid to shore up the nation’s shaky finances.

“Everything that she said the opposition was going to do, in fact she is doing,” saidAntonio Madeira, a senior economist with MCM Consultores, a São Paulo-based consulting group.

“We needed to make a fiscal adjustment in order to maintain a degree of investment,” he said. “That is what is going to generate employment, increase the competitiveness of the country.”

A small segment of Brazilian society thinks the best option now is the most extreme: a military takeover. Polls suggest the vast majority of Brazilians would fiercely resist any such move. Still, the idea has gained some traction beyond the small blocs of military servicemen expected to march this Sunday.

“Even though it’s a radical thing, I think ideally we would have a military coup, because there would be order,” said Adelaide Lima, 35. A working single mother, Ms. Lima lives in São Paulo’s impoverished Cidade Tiradentes district, which Ms. Rousseff won by a large margin last October.

“It would be very bad at first,” Ms. Lima said. “But maybe over time it would get a little better.”