Pedro Barusco, a former high-level manager, said he believes the governing party took twice as much as he did 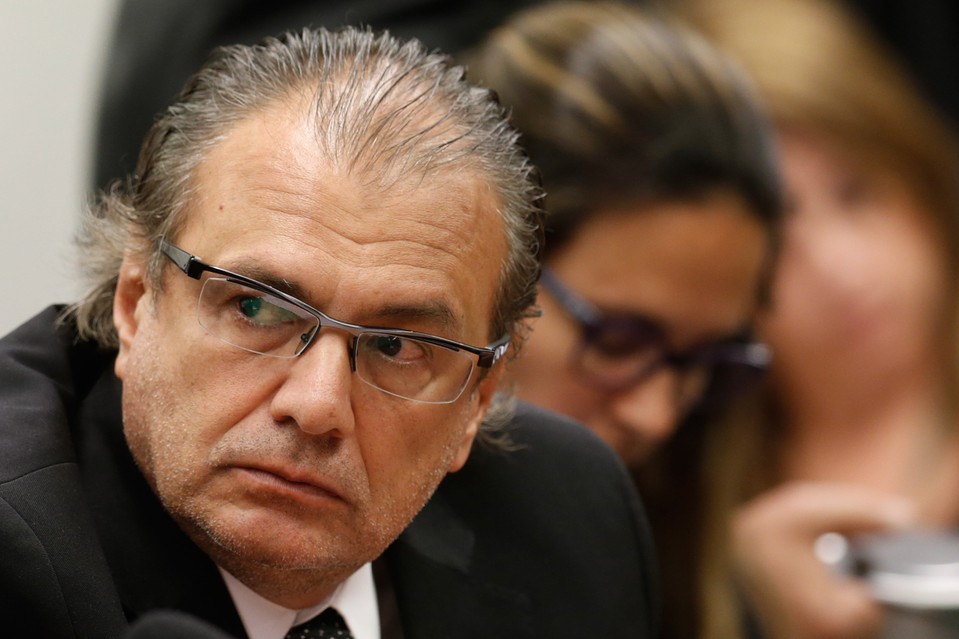 Former Petrobras executive Pedro Barusco listens to a question during his testimony before Congress in Brasilia, Brazil, on Tuesday. He told congressmen that he took bribes while working at the company. PHOTO: ASSOCIATED PRESS

BRASILIA—A former executive of Brazilian oil company Petróleo Brasileiro SA, or Petrobras, told congressmen on Tuesday that he took bribes while working at the company, and that he believes the country’s governing party took twice as much as he did.

Pedro Barusco, a former high-level manager in Petrobras’s engineering and services division, first made the revelations in a plea deal with federal prosecutors last year. Parts of his testimony in the plea deal, which wasn’t made public, were leaked to the local press.

The Supreme Court allowed Mr. Barusco to speak freely before Brazil’s Congress, which opened last month a special probe into the corruption scandal.

Prosecutors and witnesses allege several Petrobras’ contractors formed a cartel to drive up prices for major contracts. They allegedly paid bribes to several Petrobras executives and Brazilian politicians. Some contractors have denied the allegations, while others have admitted to making improper payments.

The state-controlled oil company has previously said it considers itself a victim of the alleged scheme and is collaborating with authorities.

Mr. Barusco said that, as part of his plea deal, he has agreed to repatriate around $100 million he said he placed in bank accounts overseas and came mostly from bribes.

He said that he was part of a group of executives who took illegal payments.

He said that a PT representative received twice as much as he took home in illegal payments. “That makes me estimate that between $150 million and $200 million went to the PT,” he said to lawmakers.

A PT official couldn’t be immediately reached for comment on Tuesday, but the party has denied the accusations after Mr. Barusco’s testimony to the police leaked to the press.

He said he regrets ever doing so.

Write to Paulo Trevisani at paulo.trevisani@wsj.com

One thought on “Former Petrobras Executive Says He Took Bribes”