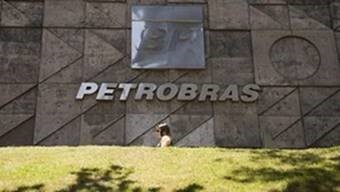 In Brazil’s modernist Congress building this week, the talk among lawmakers has focused on one subject only — who is on “Janot’s list”.

Rodrigo Janot, attorney-general, on Tuesday night sought Supreme Court approval to investigate 28 cases involving 54 people, mostly politicians whose names have not yet been disclosed, in connection with corruption at state-owned oil company Petrobras.

The list, which some speculate includes lawmakers as senior as the heads of both houses of Congress, is set to further complicate President Dilma Rousseff’s efforts to stabilise Brazil’s sliding economy and consolidate her fractious ruling coalition.

“This is a very delicate moment,” said Carlos Melo, professor at Insper, a business school in São Paulo.

The inclusion of politicians in the investigation marks a critical moment in the scandal at Petrobras, which has already brought Brazil’s once burgeoning oil and gas sector to a halt and is threatening to deepen an expected recession this year.

Petrobras, the country’s largest company with a virtual monopoly over oil exploration in Brazil, is reeling from allegations that senior Petrobras executives accepted bribes from many of Brazil’s biggest construction companies in exchange for contracts. The scandal has prevented Petrobras from publishing audited accounts, threatening in turn to violate creditor agreements and plunge the company into technical default.

Police and prosecutors allege the corrupt former Petrobras executives and contractors passed on some of the pilfered funds to politicians mostly in the ruling coalition led by Ms Rousseff’s Workers’ Party, or PT, but also reportedly to some in the opposition PSDB.

Pedro Barusco, a former Petrobras executive, has alleged that João Vaccari Neto, PT treasurer, extracted as much as $200m for the party from corruption schemes at Petrobras. The PT has vigorously denied the claims and threatened to sue Mr Barusco.

Mr Janot’s list is complicating an already difficult political and economic scenario for Ms Rousseff, who won elections last October by the narrowest margin in recent history. The PT’s main coalition partner, the PMDB, is now the largest party in Congress and is trying to force Ms Rousseff to share more power.

Speculation is rife in Brazilian media that two prominent PMDB politicians, Renan Calheiros, the head of the Senate, and Eduardo Cunha, the head of the lower house, are on Mr Janot’s list. Neither could immediately be reached for comment.

Mr Calheiros refused to attend a dinner for coalition partners at Ms Rousseff’s official residence this week. Domestic newspapers speculated he was angry at Ms Rousseff for not better protecting the PMDB from the Petrobras investigation.

Analysts believe Ms Rousseff’s relations within her own party, the PT, are also fraught, especially with her mentor, Luiz Inácio Lula da Silva, the former president.

Tension has focused on her appointment of Joaquim Levy, a University of Chicago-trained orthodox economist, as finance minister. He has been given the task of stabilising the economy through a dose of fiscal austerity, including trimming benefits and raising taxes and interest rates, straining relations with more leftist elements in the party.

Mr Janot’s list could deepen this rift, analysts say. They believe that, if a large number of PT politicians are involved, Ms Rousseff could be forced to choose between trying to defend the party and protecting her own legacy as president. The dilemma would be especially difficult if Mr Lula da Silva is implicated in the scandal but in the end Ms Rousseff would be expected to try to save herself.

“She is not going to drown with Lula or with the PT,” said João Augusto de Castro Neves of Eurasia Group.

The next step in the Petrobras investigation will be for the Supreme Court to authorise the probe into the politicians by the attorney-general. This approval, which is also expected to involve the release of the names of most of the suspects, could come quickly. The investigation and subsequent trials could take years.

Any attempt by Ms Rousseff to distance herself from the scandal will be difficult given that between 2003 and 2010, she was chairman of Petrobras. While there are no suggestions she was directly involved in corruption, she faces awkward questions about why she was unaware of the schemes when they were already the subject of congressional inquiry in 2009.

Whatever her alleged involvement in the Petrobras scandal, however, it would be difficult for Congress to impeach Ms Rousseff, said Oscar Vilhena Vieira, director of law at FGV in São Paulo, an academic institution.

A president can only be impeached for acts committed during her present mandate, he said. Ms Rousseff’s current term began on January 1.

“Unless you can find something very bad that she has done now, it would be difficult to start an impeachment process against her,” said Mr Vilhena.