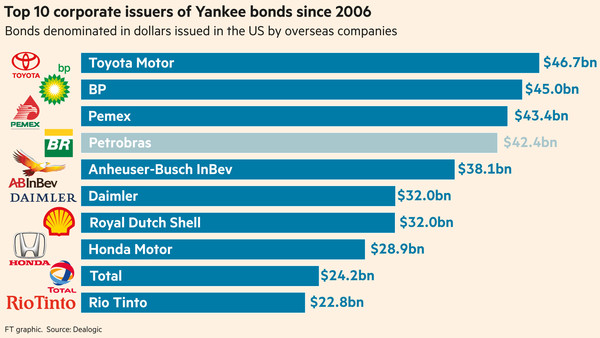 Moody’s decision last week to strip Brazil’s oil company Petrobras of its investment grade status and send it two notches into junk territory triggered a sharp sell-off in the country’s markets and raised the prospect of a broader fallout for investors in Latin American corporate debt.

Rapid growth in the region in the past decade brought a new wave of companies, lenders and investors into debt capital markets as financing needs rose sharply.