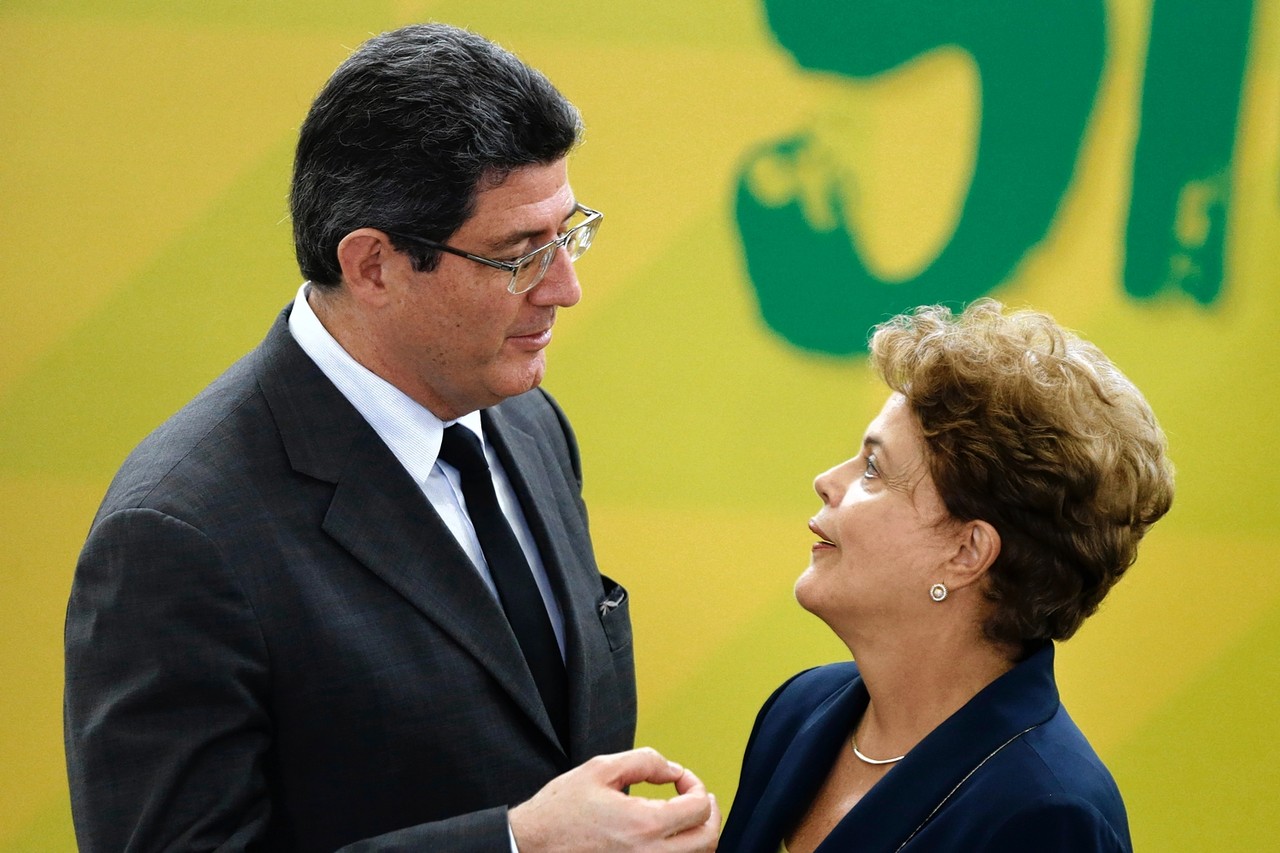 The government on Thursday announced a cap on government spending and investment, as well as additional tax increases for businesses, moves aimed at shoring up Brasília’s deteriorating finances.

The new measures will limit federal spending to 75 billion Brazilian reais ($26.3 billion) from Jan. 1 to April 30, compared with 85 billion reais spent in the period last year. Those reductions follow a number of program cuts and tax increases to hit consumers and businesses since the beginning of the year.

The levies have raised prices for basics like electricity, bus fares and gasoline, and helped pushed annualized inflation to 7.1%, well above official target of 4.5%.

This past week’s measures come just days after Moody’s Investors Service downgraded to junk status the debt of state-controlled Petróleo Brasileiro SA, which is reeling from a massive corruption scandal. The company’s financial woes are stoking fears that Brasília might have to prop up the troubled oil giant, further straining the nation’s public accounts and increasing the risk that Brazil could lose the investment-grade rating on its sovereign debt.

After decades of hyperinflation and economic turmoil, Brazil in the last decade rode a commodities boom to win investment-grade status in 2008.

But massive public spending to help Brazil’s poor and to bolster the economy following the global meltdown has sent debt levels skyward. Brazil’s gross debt is around 64.4% of GDP, a level considered too high by many economists.

With Brazil’s economy now flirting with recession, credit-ratings firms are sounding the alarm. A return to junk status wouldn’t be a blow just to the nation’s psyche, but it would also raise Brazil’s borrowing costs and spook foreign investors, says Pablo Spyer, an analyst at São Paulo-based Mirae Asset Securities.

“American investors are reading the news every day. They are worried. They’ve lost money. Many individual investors bought into Petrobras,” Mr. Spyer said. “If Brazil loses investment grade, money will fly out of the window.”

On Friday, the government announced a high-than-expected primary surplus for January at 21.1 billion reais, or 0.61% of GDP. Those savings are largely the handiwork of new Finance Minister Joaquim Levy, who has spearheaded the austerity efforts. But it is still well off the 1.2% mark he has set as this year’s target, suggesting more belt tightening ahead.

“Economic policy is being adjusted so the economy can grow again, but not a growth dependent on government support,” Mr. Levy told reporters.

Many analysts have praised Brazil’s newfound fiscal discipline as essential to its long-term prosperity. Still, higher taxes and less government spending mean less money in the economy to spur growth and job creation in the short run. Brazil’s official jobless rate climbed to 5.3% in January from 4.3% in December. Official data due late in March are likely to show the country GDP contracted in 2014.

And economists surveyed this week by the central bank predict 0.5% negative growth in 2015. If those forecasts come to pass, they would mark Brazil’s first back-to-back annual GDP contraction since the Great Depression.

Austerity is also taking a toll on Ms. Rousseff, who narrowly won re-election last fall, in part by demonizing her conservative opponent as a heartless, free-market cost cutter. Now that she’s embraced some of very orthodox policies she eschewed on the campaign trail, her popularity has plummeted. Just 23% of Brazilians in an early February poll rated her performance as “excellent or good,” compared with 42% in December, according to the Datafolha polling firm. Those who rated her “bad or terrible” jumped to 44% from 24% over the period.

Labor strikes are rippling across the country. Truckers have blocked busy highways to protest higher fuel prices. Public-sector workers in Brasília have walked off the job because of delayed paychecks caused by tight government budgets. And higher taxes on automobiles have added to a sales slump that sent auto workers to the picket line to protest layoffs.

Union leaders, normally allies of Ms. Rousseff’s ruling Workers’ Party, vow there is more unrest ahead. “The measures are being announced without any debate with workers,” said Miguel Torres, president of Força Sindical, one of Brazil’s most powerful unions. “The government is like the doctor who cuts your head off to treat a headache.”

Business leaders, too, are complaining that an already onerous tax burden just keeps getting heavier.

“It is absurd that the government again uses tax increases to help its finances at a time when production is down and so is employment,” said Paulo Skaf, president of the Federation of Industries in São Paulo, a major industry trade group.

All this bitter medicine is being applied, the government says, to improve the fundamentals of the economy, so Brazil can restore growth with low inflation in the near future.

“Fiscal adjustments are always hard to do,” said Carlos Kawall, former treasury secretary and chief economist at Banco Safra, based in Sao Paulo. But the adjustment “needs to be done,” he said.