Aldemir Bendine, shown in 2011, is moving from his chief executive post at Banco do Brasil to head up 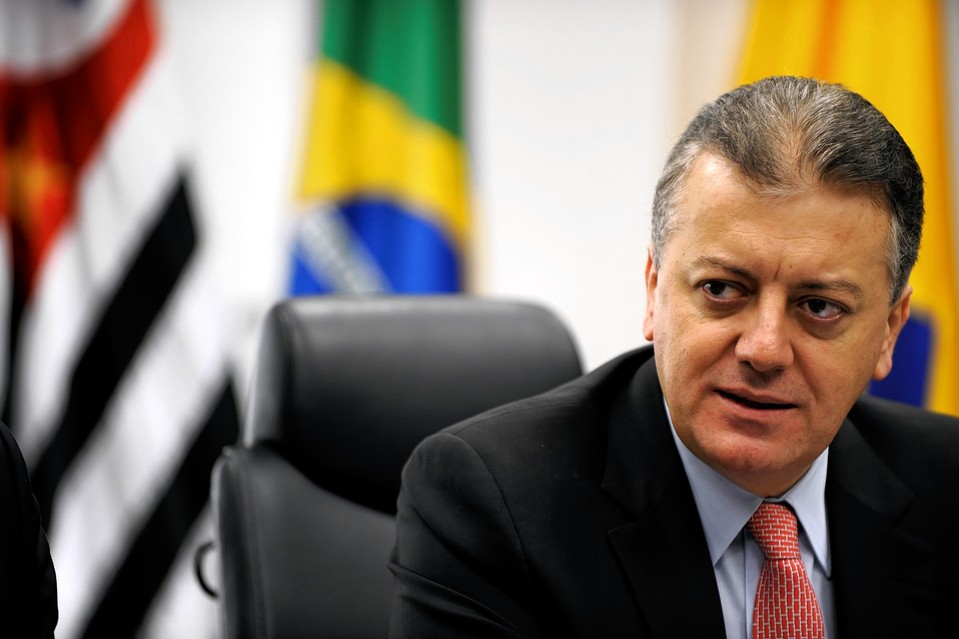 SA reeling from a corruption scandal and the mass exit of top executives this past week, the government on Friday installed a familiar face atop Brazil’s most important company.

Career banker Aldemir Bendine was plucked from his chief executive post at government-owned Banco do Brasil and given the top job at Petrobras, as the oil giant is commonly known.

Mr. Bendine succeeds Maria das Graças Silva Foster, who resigned as Petrobras CEO this week along with five other senior executives. None has been implicated in the scandal. But their abrupt departures set off a scramble by the government to insert new leadership at the company, which is the target of a widening investigation into a graft ring that allegedly skimmed billions from the firm through inflated contacts.

The chief executive job at Petrobras is largely a political post; the country’s president appoints most of the board members, who in turn approve the CEO. Still, some analysts had expressed hopes that President Dilma Rousseff might turn to an executive with deep private-sector experience or a proven record in crisis management to chart a new course for the troubled behemoth.

“Bendine’s appointment shows that Dilma will be the one at the helm of Petrobras,” said Adriano Pires, an energy expert with the Brazilian Center of Infrastructure in Rio de Janeiro. “The market wanted change and autonomy. The message she sent was it is more of the same.”

Some independent board members expressed outrage. Mauro Rodrigues da Cunha, who represents minority shareholders, said he found out about the selection of Mr. Bendini from the press before his name was formally submitted. The government “once more, imposes its will over the interest of Petrobras, ignoring the appeal of long-term investors,” he said in a written statement.

Petrobras board member Silvio Sinedino, who represents the company’s workers, said in a Facebook post that he voted against Mr. Bendine. “Political appointments…end up costing a high price in corruption and wrongdoing,” he said.

Ms. Rousseff’s press office declined to comment. Petrobras didn’t disclose the results of the board vote, though local press reported the tally as 7-3 in favor of Mr. Bendine.

Petrobras also named interim directors for the positions left open earlier this week in the areas of exploration and production, supply, gas and energy and engineering, technology and materials.

Mr. Bendine, 51 years old, is a career employee of Banco do Brasil with more than 30 years of experience. He assumed the institution’s top post in 2009. Under his watch, the bank posted rich profits, while keeping its default rate under control.

Shoring up Petrobras will surely test his skills. The most-indebted oil major in the world, the company has been rocked by one of the worst corruption scandals in Brazil’s history.

Authorities allege that some of the nation’s largest construction companies paid bribes to secure $23 billion in contracts with Petrobras in recent years. Prosecutors say the firms colluded to drive up prices for the work, kicking back a portion to high-ranking Petrobras employees and politicians, including members of Ms. Rousseff’s ruling Workers’ Party.

Since the scandal exploded in March, prosecutors have charged 39 people for alleged corruption, money-laundering and organized crime. They include two top Petrobras officials and 27 executives from the nation’s biggest builders.

Petrobras says it is a victim of the alleged scam and that it is cooperating with authorities. Ms. Rousseff hasn’t been implicated and Workers’ Party officials have repeatedly denied involvement. Some of the companies and attorneys of people caught up on the scandal have denied wrongdoing; others have said only that they are cooperating with investigators.

The scandal has tarnished Petrobras’s reputation and sent its shares plummeting; the company, which in 2013 had 305 billion reais in revenue, has lost nearly 70% of its market value since early September. The troubles are weighing on Brazil’s economy and threatening to engulf the Rousseff administration. Brazil’s Congress this week opened a special probe into the scandal.

Despite her rocky tenure, Ms. Foster was widely respected in the oil industry for her technical expertise, and oil production grew under her watch.

“You took out a technical name that was Graca Foster, who despite the problems, knew the [oil] sector, and put in a person who, despite the good results of the Banco do Brasil, is not an expert in the oil sector, “ said Joao Pedro Brugger, a portfolio manager at Leme Investments in Florianopolis.

Mr. Bendine’s tenure at Banco do Brasil wasn’t without controversy.

In 2012, Mr. Bendine paid a 122,000 reais fine (about $44,000) to Brazilian tax authorities for failing to declare a gain of 280,000 reais on his tax return, according to a person familiar with the matter. Following the payment of the fine, Brazil’s tax authority didn’t open an investigation into Mr. Bendine, the person said. A Banco do Brasil spokesperson said at the time that after the payment of the fine, the situation was “normalized.” Brazil’s tax authority declined to comment.

Local newspaper Folha de S. Paulo reported last year that Mr. Bendine and Banco do Brasil made special considerations in giving a 2.8 million reais loan to a company controlled by Brazilian businesswoman and TV personality Valdirene Aparecida Marchiori. At the time, Mr. Bendine and Ms. Marchiori denied any wrongdoing. On Friday, a Banco do Brasil spokesman also denied the allegations.