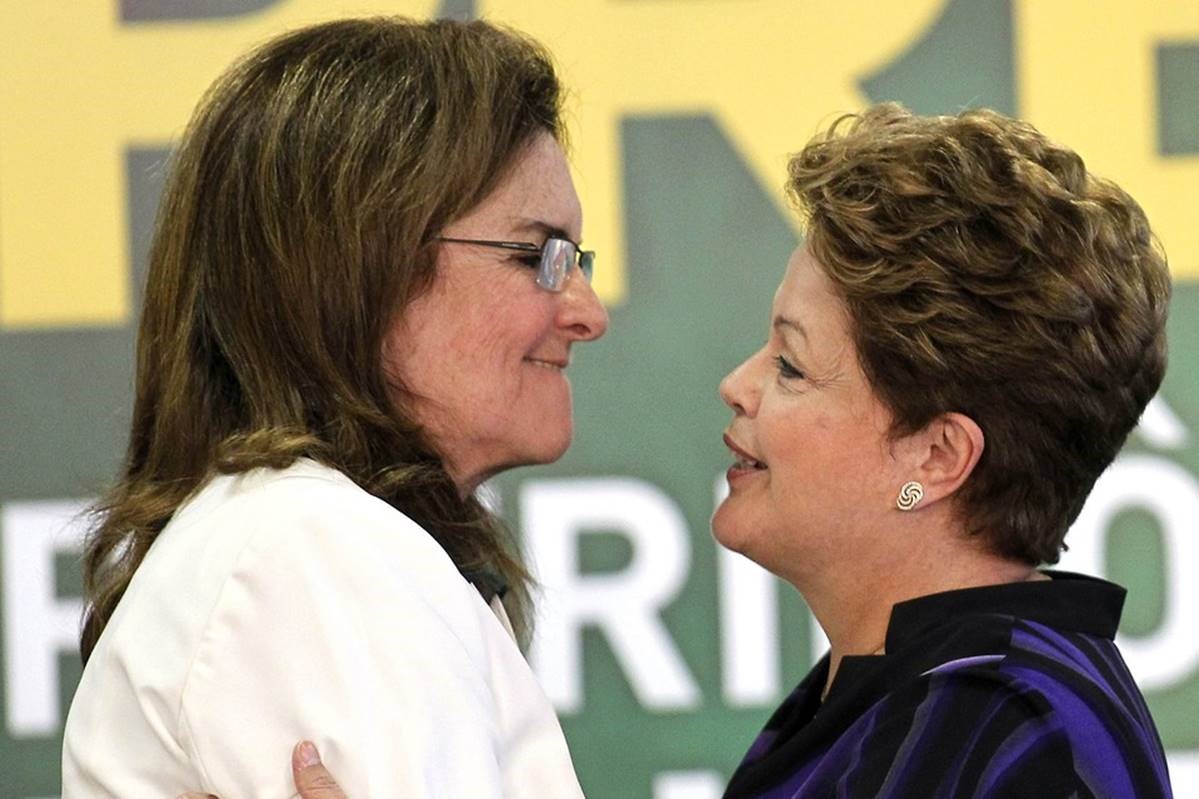 SÃO PAULO—Shares of Brazilian state-controlled oil giant Petróleo Brasileiro SA shot up as much as 14% in midday trading Tuesday following a published report that the company’s embattled chief executive may soon resign amid a widening corruption investigation.

Calls for a shake-up of Petrobras’ senior management have been building since federal prosecutors said last year that the company was at the heart of a massive kickback scheme involving construction firms and Brazilian politicians between 2004 and 2012. Dozens have been charged, including one former Petrobras executive who says he and several colleagues took bribes. Petrobras says it is cooperating with investigators. Ms. Foster has not been implicated in the scandal.

Calls for a change at the top grew even louder after Petrobras released its long-delayed third-quarter earnings last week without disclosing the estimated impact of the alleged corruption scheme, as planned. Moody’s promptly downgraded Petrobras’ debt. Ms. Foster has said she supports the investigation. The company´s board of directors has also appointed a director of governance, risk and compliance to ensure risk mitigation and compliance with rules.

Petrobras’ preferred shares in São Paulo recently traded 8.6% higher at 9.40 reais after trading as much as 14% higher shortly after the Folha article was published.

Ms. Rousseff is a close friend of Ms. Foster’s and has sought to keep the executive in her position. Ms. Foster told reporters in December that she offered to resign but stayed on at the president’s behest.

But pressure has been growing within Ms. Rousseff’s Workers’ Party to change leadership at Petrobras, according to a person familiar with the situation. Ministers close to Ms. Rousseff have privately expressed doubts about Ms. Foster’s ability to restore Petrobras’ credibility, the person said.

Paulo Trevisani in Brasília contributed to this article.