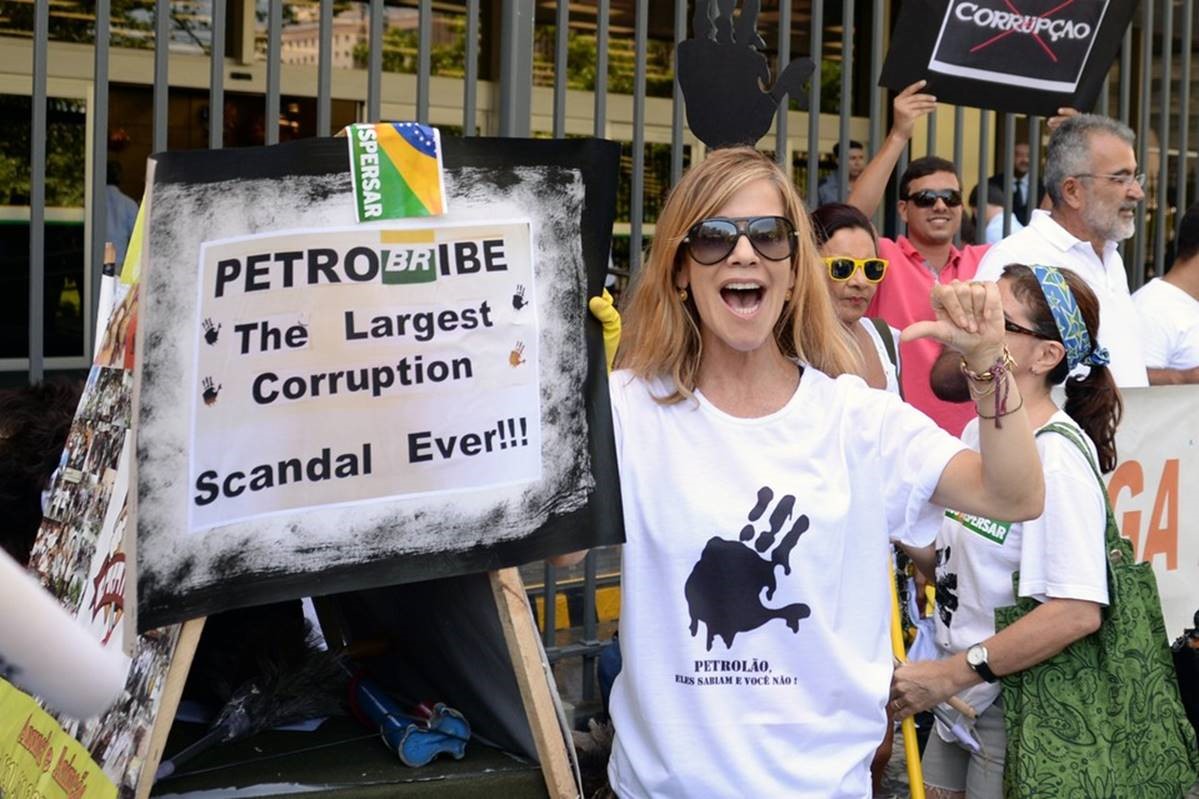 What began as a probe of money launderers operating out of a gas station has reached the executive suites of Petrobras and the nation’s best-known construction firms, which prosecutors accuse of ripping off the oil giant. The fallout is battering some of the nation’s most important business sectors.

Petrobras, Brazil’s largest company and a major source of capital investment, is in chaos. Still scrambling to calculate the extent of the massive fraud, it has canceled planned projects and delayed payments to accused contractors, setting off a chain of defaults and credit downgrades.

Thousands of laborers have been put out work building oil refineries, tankers and drilling platforms. Banks that lent money to firms tangled in the legal dragnet are cutting off credit and girding for potential losses.

The turmoil is a liability for Ms. Rousseff’s new economic team and it is a major stumbling block for Brazil’s economy, which is already struggling with slow growth, widening deficits and an epic drought. A recent survey of economists projects GDP will grow just 0.13% this year, but even that may be optimistic.

“The contagion problems at Petrobras may not have stopped,” said Carlos Kawall, chief economist at Banco Safra and a former Brazilian treasury secretary. “Do not rule out a recession in Brazil in 2015.”

Dubbed “Operation Car Wash” by investigators, the sprawling federal investigation has exposed the murky world of public contracting, long a source of waste and abuse in Latin America.

Brazilian authorities allege that some of the nation’s largest construction companies paid bribes to secure $23 billion in contracts with Petrobras in recent years. Prosecutors say the firms colluded to drive up prices for the work, kicking back a portion to high-ranking Petrobras employees and politicians, including members of Ms. Rousseff’s ruling Workers’ Party.

Since the scandal exploded in March, prosecutors have charged 39 people for alleged corruption, money-laundering and organized crime. They include two top Petrobras officials and 27 construction industry executives from big firms including Camargo Corrêa S.A., Queiroz Galvão S.A. and OAS S.A. Among them, 15 are jailed awaiting trial and one is under house arrest.

Petrobras says it is a victim of the alleged scam and that it is cooperating with authorities. Ms. Rousseff hasn’t been implicated and Workers’ Party officials have repeatedly denied involvement. Some of the companies and attorneys of the people involved have denied wrongdoing; others have said only that they are cooperating with investigators.

The political blowback may be just beginning. Prosecutors have signaled a new round of charges is coming soon, this time against politicians and government officials.

But Brazil’s economy is already paying the price.

Petrobras bonds are trading near record lows, and Moody’s Investors Service on Thursday downgraded all ratings for the company, which is now in danger of losing its coveted investment-grade status. Petrobras shares, meanwhile, have tumbled more than 70% since early September. Falling global oil prices are a factor. Still, Petrobras has performed far worse than its major global peers, shedding $86 billion in value over the period.

Petrobras on Wednesday released its third-quarter earnings, which were delayed by the scandal. The unaudited results showed net income down nearly 9% from the same period a year ago. But the much-anticipated figures didn’t include any writedowns related to Operation Car Wash, which management said it was still trying to calculate.

The pain has spread to the construction sector. In December, Petrobras barred 23 builders ensnared in Operation Car Wash from bidding on new work with the company while the probe continues. The oil giant has also halted payments to suspects in the probe and scuttled some contracts outright.

The moves have stalled a number of major projects, rippling through the supply chain. More than 10,000 construction workers have lost jobs on Petrobras-related work in just the last two months alone, say labor union officials.

Petrobras is a major driver of infrastructure development in Brazil, accounting for about 10% of the nation’s annual fixed investment, according to the government. Mr. Kawall, the former treasury secretary, projects Petrobras’ capital investment could decline 20% this year, due to the scandal and falling oil prices.

On Friday, Eliane Cantanhêde, a columnist with the daily O Estado De S. Paulo, summarized the company’s pivotal role in the nation’s economy. “Petrobras is at the center of a gear that moves hundreds of companies, billions of reais and millions of people,” she said. “If it chokes, the machines stops.”

Marcelo de Abreu Lopes, a 38-year-old laborer, was one of 950 workers dismissed late last year by IESA, an accused construction firm that has denied wrongdoing. A spokeswoman said the layoffs resulted from a contract dispute with Petrobras unrelated to Operation Car Wash.

That’s news to Mr. Lopes, who blames the scandal for the loss of his monthly salary of about $760, middle-class wages in Brazil. He’s looking for a new job to support his wife and 2-year-old son, but says the oil industry is in upheaval.

“All the big companies with Petrobras contracts appear to be involved in this Operation Car Wash investigation,” said Mr. Lopes, 38. “I’m very concerned.”

More defaults are expected as banks and customers steer clear of builders tainted by the scandal, said Ricardo Carvalho, senior director at Fitch Ratings in Brazil. The agency this month downgraded three Brazilian construction firms and gave a negative outlook to the entire sector. 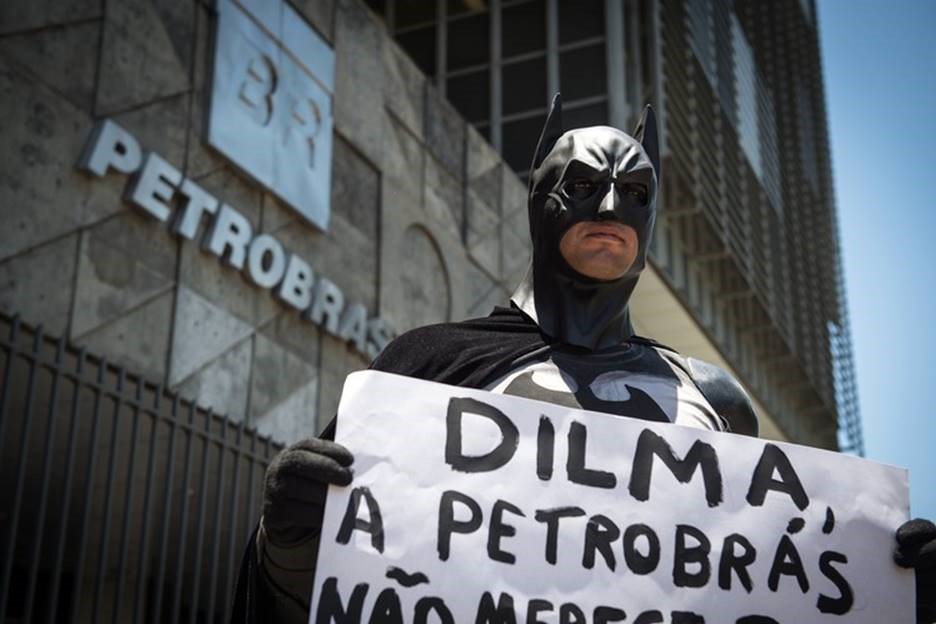 Indeed, fears are growing that the paralysis could slam the brakes not only on GDP growth, but on Brazil’s ambitions of becoming a Top 5 oil producer by 2020. Petrobras’ average annual output increased 5.3% last year, thanks largely to its investments in deep-water drilling. Sidelining all the accused construction firms working on infrastructure critical to the offshore push would slow Petrobras’ efforts considerably, experts say.

One solution being floated in Brasília is for the government to strike leniency deals with the builders, allowing them to continue working with Petrobras in exchange for admitting guilt.

“We should punish people, not destroy companies,” Ms. Rousseff said this past week following a closed-door meeting with her cabinet.

That approach might not sit well with an outraged Brazilian public. But Brazil’s new energy minister, Eduardo Braga, told reporters in January that it might be necessary to keep Petrobras output from stalling.

“There is a risk for the country that’s very serious,” he said.