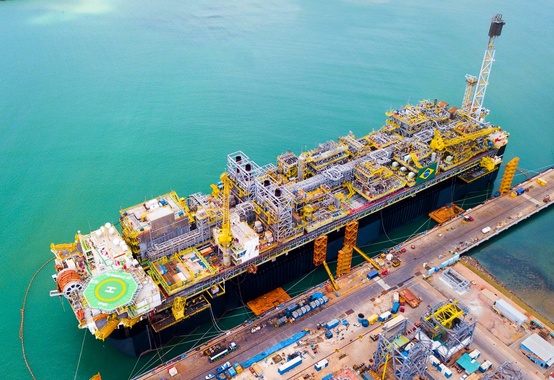 (TN) The Brazilian Institute of the Environment (Ibama) has granted two important licenses to Petrobras. The first authorizes the start of operations of FPSO P-71 in the Itapu field, in the Santos Basin pre-salt. The document will be valid for eight years. Petrobras expects to start operating the platform in December.

As a reminder, the P-71 already left for the Itapu field in October, after going through commissioning activities at the Jurong Aracruz shipyard, in Espírito Santo. The vessel will be able to produce up to 150,000 barrels of oil and 6 million cubic meters of gas daily. In addition, the P-71 will be capable of storing 1.6 million barrels of oil.

In addition, Ibama also granted the installation license for the FPSO Marechal Duque de Caxias, which will be used in the Mero field, also in the Santos Basin pre-salt. The new Mero platform, which is still under construction, will have a processing capacity of 180,000 barrels of oil and 12 million m³ of gas per day. The unit should only produce the first oil in 2024.

Finally, Petrobras also received a license from Ibama authorizing the start of seismic research in the Aram block, in the Santos Basin. The activity can be carried out using the vessel M/V Artemis Odyssey, from Westcon Geo, and the node installation ships Siem Dorado, from Siem Offshore, and Boka Tiamat, from Topaz Energy and Marine.