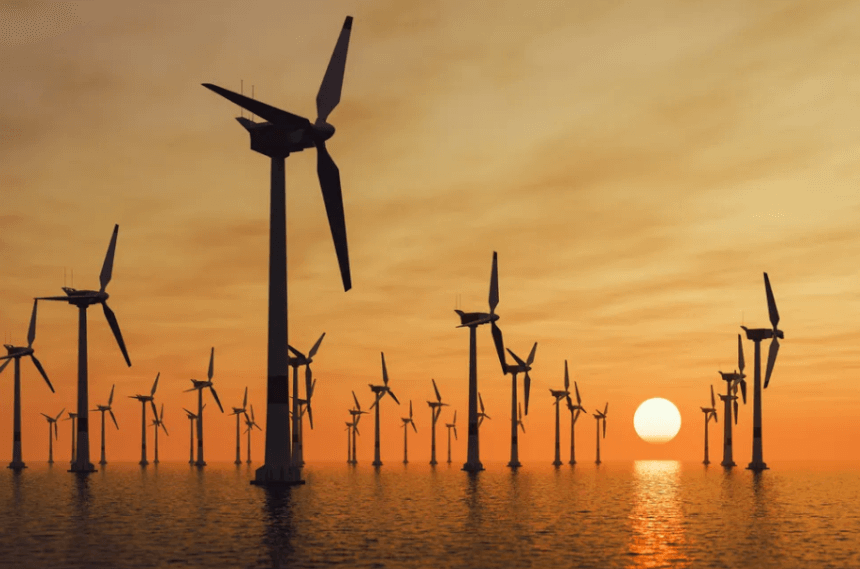 (BJ) Prumo Logística and TotalEnergies signed a memorandum of understanding to install logistical support bases at the Port of Açu that will support the construction and operation of offshore wind farms. The agreement with the French multinational is the third of its kind signed by Prumo, which owns the port and intends to turn it into a ‘green hub’.

“We have a strategy for the entire chain,” CEO Rogério Zampronha told Brazil Journal. “We want to attract [to the port] the turbine factories, the infrastructure for offshore wind generation, a green hydrogen factory where the energy can be used, as well as factories that transform green hydrogen into green ammonia and green methanol.” The agreement with Total comes at a time when the offshore wind farm industry is about to get off the ground in Brazil.

The agreement with Total comes at a time when the offshore wind farm industry is about to get off the ground in Brazil. In the market, the expectation is that the regulation of offshore wind farms will come out by the end of this year, and that the first auctions in this area will begin in the second half of next year. (Only on the coast in front of Açu there are at least 33 GW in offshore wind projects in the licensing phase by Ibama).

Once these auctions take place, Prumo expects that its three MoUs (with Total, EDF and Neoenergia) will start to become de facto contracts. According to Zampronha, there is still space available at Açu for one or two more of these logistical support base projects, without the need for major works. “These areas are the five-star hotels, but we also have others that are four-star.”

Mauro Andrade, Prumo’s new business director, said there is a significant cost advantage in doing the offshore wind project within Açu. “Abroad, companies usually have to build a port from scratch to serve the project, which costs around US$ 200 million,” he said. “The investment that these companies will have to make in Açu is a very small fraction of that, which reduces the project’s capex and makes the return more attractive.”

In addition, Açu is close to the manufacturers of wind turbine parts – almost all of them in the Southeast – and the fleet of ships needed to operate these projects can be shared with other industries that already operate in the port. “70% of the vessels needed for these projects are the same ones used by the pre-salt exploration industry, and the main location for these fleets in Brazil is Açu,” said Zampronha.

By sharing this fleet with the oil industry, the cost of operation and maintenance will be much lower, he said. For Porto do Açu, building this chain in renewable energy is a bet on the energy transition – and a way to diversify its revenue, which is currently extremely concentrated in the oil and mining sectors, which together account for around 75% of revenue. In the medium term, the CEO estimates that the various renewable energy projects have an equal or greater share of the company’s revenue than the oil sector.